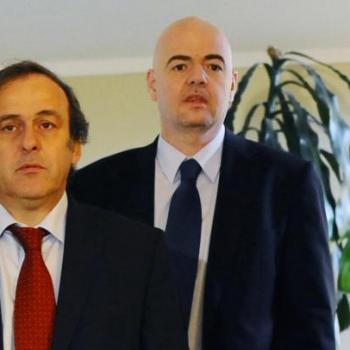 Switzerland's Gianni Infantinokicked off his time as FIFA president out on the pitch. The newly-elected president joined a group of football stars in Zurich to take part in a friendly game and get his reign, in which he will look to clean up the organisation's image, off to a good start.

Infantino graciously accepted his first defeat, which came just three days after pulling off the most important victory of his life, the FIFA presidential elections. He lost out on the pitch, but it was a friendly and he accepted it calmly and with a smile.

Deco, Puyol, Figo, Hierro, Seedorf, Cannavaro, Toldo, Pires, Míchel Salgado and Maldini were just some of the stars who took part in the game in Zurich in which Infantino celebrated his first day in the FIFA top job.

"My biggest challenge was being able to finish the game", said the 45-year-old still in his kit. "I'm going to ache".