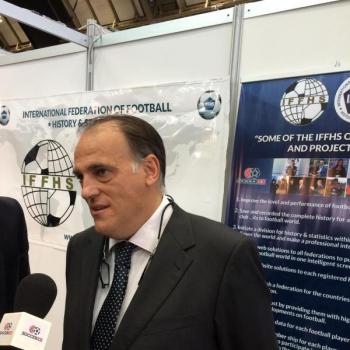 "The Super League makes no sense", said Tebas at the start of the interview. "It would be impossible for any of those clubs in the Super League to raise an average of 300 million euros through audiovisual means, as some people might think. They wouldn't even get 200 million. Those amounts are just impossible to raise", said Tebas about the financial estimates being made with regards to a competition that would bring together Europe's biggest clubs.

"Whoever came up with those figures either heads to the pub at 5 am or knows nothing about this sort of thing", he said light-heartedly.

Tebas said that there is already a top European club competition, the Champions League, and it works fine. "To risk the audiovisual status quo in Europe for a new competition model, which is destined to fail financially, is outrageous. Getting it off the ground would be a financial failure and would damage the national leagues, which work well", he said.