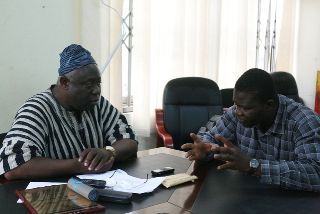 After a 10-year absence from Ghana Football calendar, the FA Cup made a triumphant return in the 2010/2011 season.

Though beset with some challenges, the FA Cup has been hailed as a huge success and one of such key personalities responsible for its organization is Lepowura Alhaji MND Jawula who is the chairman of the FA Cup Committee.

GHANAsoccernet.com speaks exclusively with the ex Ghana FA boss as he gives us a detailed analysis of the FA Cup, the successes, the shortfalls, future and also thoughts on the generality of Ghana Football.

GSN: Thank you sir for speaking to GHANAsoccernet.com.

MND: You are most welcome.

GSN: Could you please give us a general account of this seasonâ€™s FA Cup competition?

MND: We have played a couple of matches and one would say we have achieved those expectations with regards to the matches played. But then we have not had what in football language we call ambiance that goes with matches of this nature.

Spectatorship has not been the best even though officiating have been very good, but then after a long absence we expect such challenges and looking ahead to next season, we hope to make giant strides in this direction.

GSN: How in your estimation has Ghanaians received this tournament after a long absence in Ghana football?

MND: I think it has been well received by Ghanaians though it doesnâ€™t translate into attendance at match venues.

The fact of the matter is that this competition is being screened on television which means more eyeballs watching not necessarily from the stands which has drawn comments both locally and internationally, new and exciting talents have emerged especially from the lower divisions which prove with proper organization and seriousness, this tournament is bound for greatness.

GSN: Have you been impressed with general organization and the quality of teams on the field of play itself?

MND: Both I think have been excellent, organization has been very good- we have not had one single disruption. Officials and match referees have given a good account of themselves so on that level I think we have had clearly excellent achievements.

GSN: What are some of the challenges the competition has been faced with?

MND: We have had challenges. First of all information has not been adequate, we have tried to court the media but it has not been as exciting as we initially thought.

We have had postponements that have been occasioned by national programs, this has not been good for us - perhaps this is what has affected patronage in some instances.

The fact that this competition was infused into an already drawn football calendar meant we had to play catch up which was very challenging.

GSN: Having been faced with these challenges, what lessons have you and your committee learnt in approaching next season?

MND: Yes, we have learnt a lot from some of these setbacks and basic challenges that has occurred. In the coming season, we would have a lot of time and attention that will come from the FA and other bodies to ensure we have a better FA Cup competition next season.

GSN: Tournaments of this nature require a lot of resources, how integral has your sponsors MTN been in this yearâ€™s event?

MND: The sponsor MTN has been excellent. In fact we were expecting the GFA to put in monies from its kitty since this is the first FA Cup in ten years but that has not happened.

For instance, we are working at a debit level of only GHC 2,000 after all that we have done with TV money and FA money yet to come.

So it means by the time all these monies are realized we would be likely to be working to a credit level.

GSN: What would you say are your strong points that should be improved next season?

MND: The strong point is that we realize teams in the lower divisions showed a lot of interests in the competition and wanted to express giant killing feats which Nania FC used to perfection, we have got to encourage them.

There are so many good players in Ghana which will ultimately be to the advantage of the various national teams when they emerge.

So in the coming season we need to get scouts who will go around and then prepare players for the benefit of our national teams. 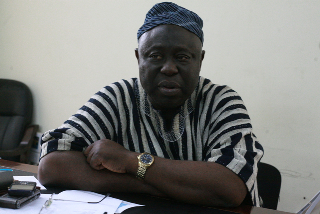 GSN: Did the poor performance of Premier League clubs affect the competition in anyway?

MND: Yes, it is very clear. The performance exhibited by Nania for instance shows clearly we have difficulties in the standards at the elite division.

I watched a Bolga team play Chelsea and the standard was very high but we need to translate this in the Premier division.

GSN: Isn't the FA Cup a nine-day wonder, Is the competition here to stay?

MND: Well, it will survive for now. We have a three-year partnership with MTN and we have only done one year of the agreement. I am very sure other cooperate bodies would like to come on board having seen the success of its return and when we have an FA Cup champion that goes to Africa and does well, interests will soar even further.

GSN: So in a nut-shell Ghanaians should be expecting an even more successful and exciting FA cup next season?

MND: No doubt about that, we should expect more excitement. We expect more communication between the committee, the media and the people in improving the quality and worth of this competition.

GSN: How difficult was it to get this competition back into the calendar of Ghana football.

MND: It was very difficult, the President (Kwasi Nyantakyi) was always going on about how heâ€™d love the FA Cup back for the past two years. He kept saying only if we had a sponsor and luckily enough MTN came along and theyâ€™ve done a terrific job.

If it werenâ€™t for them it would have been extremely difficult, they have provided for jerseys, T-shirts, footballs, participation fees all of these so we are very grateful for their help.

GSN: FA Cup competitions all over the world have a definite venue for the finals, have a decision yet been made on where this yearâ€™s finals would be staged?

MND: Yes, we have decided on the Accra Sports Stadium to host the final. The semi-final being played in Kumasi was necessitated by the fact that certain issues of security cropped up. It appeared we wouldn't have maximum security in Accra due to the happenings of other national events.

Wa All Stars also thought theyâ€™d had a longer journey to Accra than to Kumasi; otherwise it would have been played in Accra.

GSN: What is the future of the FA Cup going to be?

MND: Definitely I expect it to be bigger, more in the minds and hands of the people. We are likely to get more serious participation because we are going to work further to get other co-operate bodies to support the competition.

It means there would be more money in the game available to the clubs for purchasing quality materials and structures which will in the long run improve spectatorship.

GSN: Thank You for speaking to GHANAsoccernet.com.

MND: It was a pleasure.