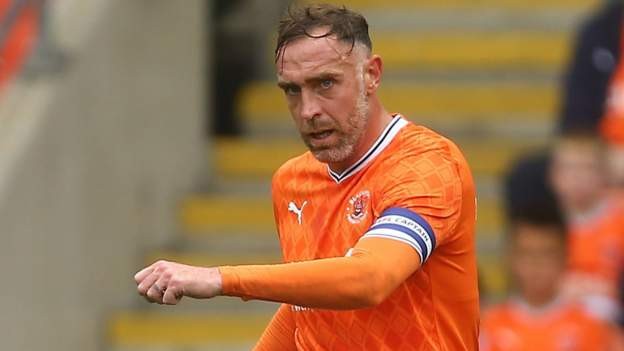 Ipswich Town have signed defender Richard Keogh from Blackpool for an undisclosed fee on a one-year deal.

The Republic of Ireland international made 31 appearances for the Tangerines last season and the club activated a 12-month option in his contract in May.

Keogh was a member of the Ipswich academy before moving on to Stoke and then Bristol City.

"I started my football journey here and I have so many memories from my early days," the 35-year-old said.

Keogh made his professional debut for Bristol City in 2005 and also played for Carlisle, Coventry, Derby County - for whom he made more than 300 league appearances, MK Dons and Huddersfield, prior to signing for Blackpool last summer.

"Richard is a fantastic addition to the group," Ipswich boss Kieran McKenna told the club website.external-link

"He is respected in the dressing room and has been through the highs and lows in football. He will be valuable to us over what is a long season.

"He had a little niggle not too long ago, but is fit now and will join up with the group immediately."

Keogh could make his Town debut in Saturday's League One home game against MK Dons.