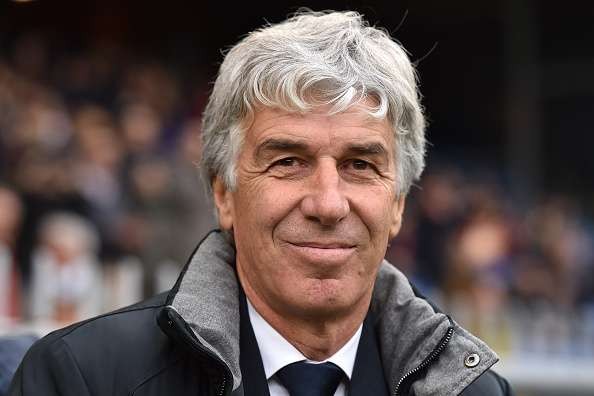 After announcing his intention to leave the Eternal City, Daniele De Rossi signalled the end of an era at Roma.

Following on from De Rossi and Francesco Totti, the only Roman left at the club is vice-captain Alessandro Florenzi. And although he hasn’t been in charge long, Claudio Ranieri is a born and bred Roman, so his departure at the end of the season will be hard to take.

Combined with the losses of Radja Nainggolan and Kevin Strootman last summer, Roma’s identity has been stripped from them in the space of two years.

Unlike many of their Champions League rivals, the Giallorossi lack a clear philosophy. Eusebio Di Francesco brought an attacking verve to an ageing Roma side, and to bring in the correct players for the coach, president James Pallotta was able to tempt the most in-demand sporting director out there, Monchi, to come to the Eternal City. But whereas at Sevilla, Monchi identified hidden gem after hidden gem, he struggled at Roma. Some of his attempts to replicate his transfer dealings at Sevilla – where he was part of Unai Emery’s Europa League machine – included signing Patrik Schick for €42 million from Sampdoria, replacing Allison with Robin Olsen for €12 million and, most extraordinarily, signing Javier Pastore for €24.7 million.

And so, when the ex-Sassuolo coach was unable to balance his attacking play with a stingy defence, Pallotta made the decision to get rid of both Di Francesco and Monchi, and appoint Ranieri as boss.

Ranieri – known for his defensive organisation – is a complete 180-turn philosophically to Di Francesco, so this cobbled together squad initially struggled – they are now unbeaten in their last eight games. But Ranieri is gone. Totti is gone. And now De Rossi is gone.

To fill the void left by Ranieri, Roma initially were linked to Maurizio Sarri – currently seemingly in limbo at Chelsea – and Antonio Conte.

Both make sense to a certain extent. Sarri transformed Napoli from a team perennially settling for second place in Serie A into a serious title challenger.

Conte won Juventus’ first three Serie A titles having returned to the top flight and won the Premier League with Chelsea, before falling out tremendously with the Stamford Bridge hierarchy. But following Massimiliano Allegri’s departure at Juventus, both have ow been linked to the vacancy in Turin.

Plus, according to Radio Radio, the Roma hierarchy have already chosen their coach of the future.

Atalanta boss Gian Piero Gasperini has reportedly agreed to become the man at the helm in Roma and will sign a three-year contract with the Giallorossi, worth €2.5m net plus bonuses.

Now this appointment makes more sense than Sarri and Conte. Gasperini’s reputation was seriously tainted by an ill-fated stint at a rebuilding Inter Milan but over the last three years in Bergamo, he has clawed his way back.

He’s led his Atalanta side to the Coppa Italia final – which they lost 2-0 to Lazio – and look set for Champions League qualification by finishing fourth in Serie A. For a club with one of the smallest budgets in Serie A, this is a remarkable achievement. And Gasperini’s gone about doing it with an innovative tactical system and not using household names.

For Roma, this should be music to their ears. Gone are the days where the appeal of playing with Totti could attract players to the Giallorossi. As a result, they need a coach with some tactical nous. Enter Gasperini.

Moreover, Gasperini’s turned players like Josep Ilicic and Alejandro Gomez into world-beaters after struggling to impress consistently. Notice any similarities between them and Pastore? Finally, Roma having lacked an identity this season. Gasperini’s Atalanta play with personality. A personality that allows them to overwhelm the smaller teams and not be overwhelmed by the big boys.

In the absence of these big characters in the dressing room, it falls upon the coach to provide the team with an identity and Gasperini would certainly do that.