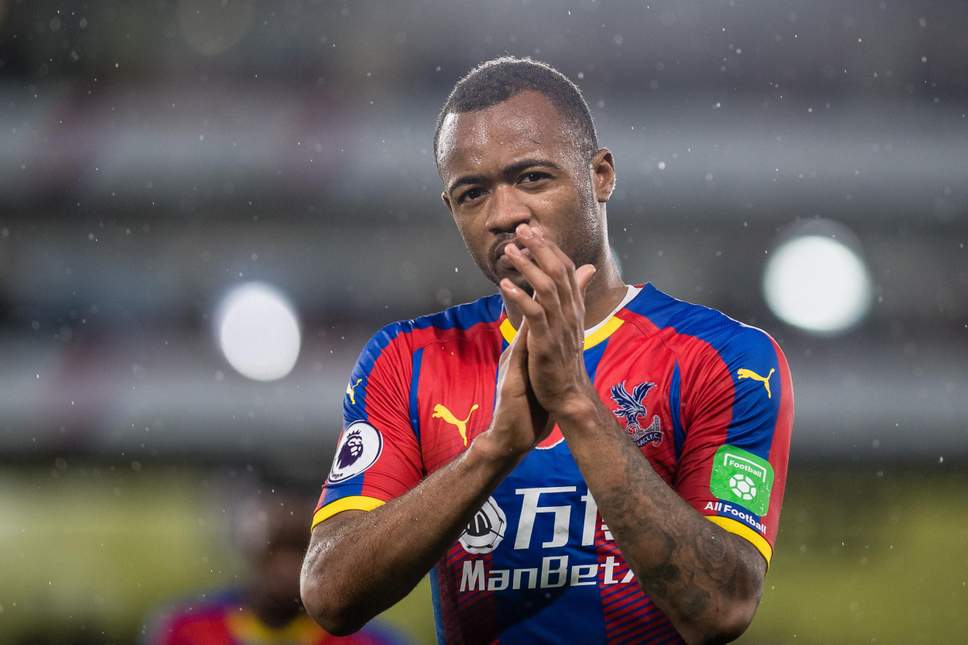 LONDON, ENGLAND – MARCH 07: Jordan Ayew of Crystal Palace is challenged by Will Hughes of Watford and Adam Masina of Watford during the Premier League match between Crystal Palace and Watford FC at Selhurst Park on March 07, 2020 in London, United Kingdom. (Photo by Christopher Lee/Getty Images)

When we think of the best forwards in the Premier League right now, the names that tend to come to mind are Harry Kane, Sergio Aguero and Pierre-Emerick Aubameyang; it’s fair to say that Crystal Palace’s Jordan Ayew doesn’t usually get a mention.

The now 28-year-old Ghanaian centre forward has had a respectable if largely unremarkable career up until this point.

As the son of Ghana’s greatest ever player Abedi Pele, and the younger brother of Marseille star Andre Ayew, big things were expected of Jordan when he broke into Les Olympiens’ first team.

However, he struggled to live up to the hype and left for Lorient in 2014 where a good season saw him earn a move to the Premier League.

This marked the start of a four-year career in English football where Ayew was relegated twice – with Aston Villa in 2016 and with Swansea in 2018 – and managed just 16 goals in 100 Premier League appearances.

Eagles fans would have been forgiven then for not getting too excited when the club decided to shell out £2.5m to make the centre forward’s loan move from Swansea permanent last summer.

At a glance his stats this season have again been largely humdrum. His eight goals in 28 appearances are fine, but with all due respect, they leave him 23rd in the Premier League scoring charts level with the likes of Brighton’s Neal Maupay and Bournemouth’s Callum Wilson.

What has been eyebrow raising this campaign is not the quantity of goals Ayew has scored, but their importance.

Of the eight goals he has scored, seven of them have directly led to points for his side.

Winners against Brighton, Watford and West Ham (twice), as well as two equalisers against Arsenal, have earned the Eagles an incredible 17 of their 39 total points this season.

Only Pierre-Emerick Aubameyang (9) and Raul Jimenez (8) have netted more ‘decisive’ (equalising or match-winning) strikes for their side this season, and when taken as a percentage of their of overall goal tally no player has scored more valuable goals for their team in the Premier League.

Without Ayew, the Eagles would currently be in 19th place, five points from safety and facing the very real possibility of relegation.

For a club the size of Palace, whose 25,456-capacity stadium Selhurst Park dwarfs only the grounds of Burnley, Watford and Bournemouth, such a fate would be disastrous.

Premier League football was estimated to be worth £170m in extra revenue at the start of this season for top-flight clubs. Without Ayew’s goals this year, missing out on those funds would be a near certainty.

In a footballing world where money talks, the £2.5m that Crystal Palace spent on Jordan Ayew may just prove to be the most valuable piece of business the Premier League has ever seen.