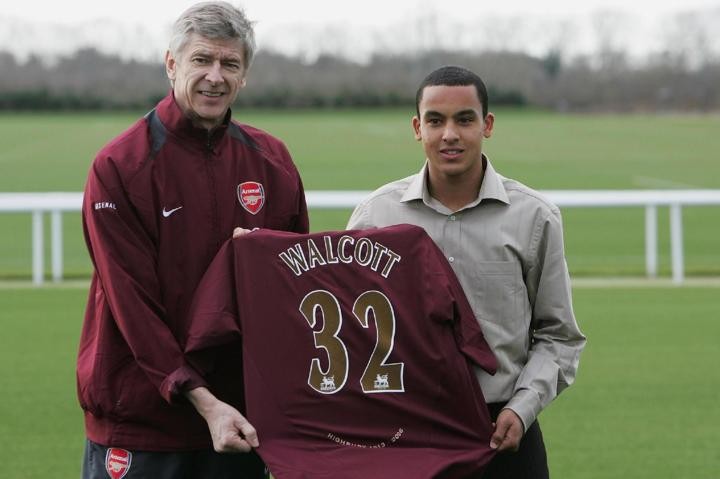 In what seems like a lifetime ago, Theo Walcott provided one of the greatest assists in Champions League history against rivals Liverpool exactly 12 years ago.

Aged just 19-years-old, the inexplicably speedy winger collected the ball on the edge of his own box, subsequently running the entire length of the pitch before feeding Emmanuel Adebayor to finish.

His substitute heroics were ultimately futile, however, Liverpool with two late goals to run out 4-2 winners, 5-3 on aggregate.

Regardless, taking a look at Walcott's exquisite piece of individual skill, a question arises: Is he one of Arsenal's most underrated player in their Premier League history?

Here are some of Walcott's stats...

Theo Walcott arrived at Arsenal aged 16-years-old in an initial £5m deal from Southampton in 2006. In the same year, the teenager became the youngest player to ever represent England's senior team.

He was also a surprise inclusion in England's 2006 World Cup squad despite not yet featuring in the Premier League.

By 2008, the winger had also become the youngest player in history to score a hat-trick for England and has since scored eight goals 47 international appearances.

But what about Arsenal?

During his 12 years at the club, Walcott scored an impressive 108 goals in 397 games in all competitions, making him the club's joint 15th all-time top scorer.

His 65 league goals for Arsenal also make him the sixth highest goalscorer in the club's Premier League history.

He even surpassed Thierry Henry in appearances, the Frenchman making 377.

To put things into perspective, Walcott scored just 12 goals less for the club than Dennis Bergkamp did, playing 26 games less.

Walcott moved on from the club, transferring to Everton in 2018. Despite his numbers, there was always a sense among the fans that he never quite did enough.