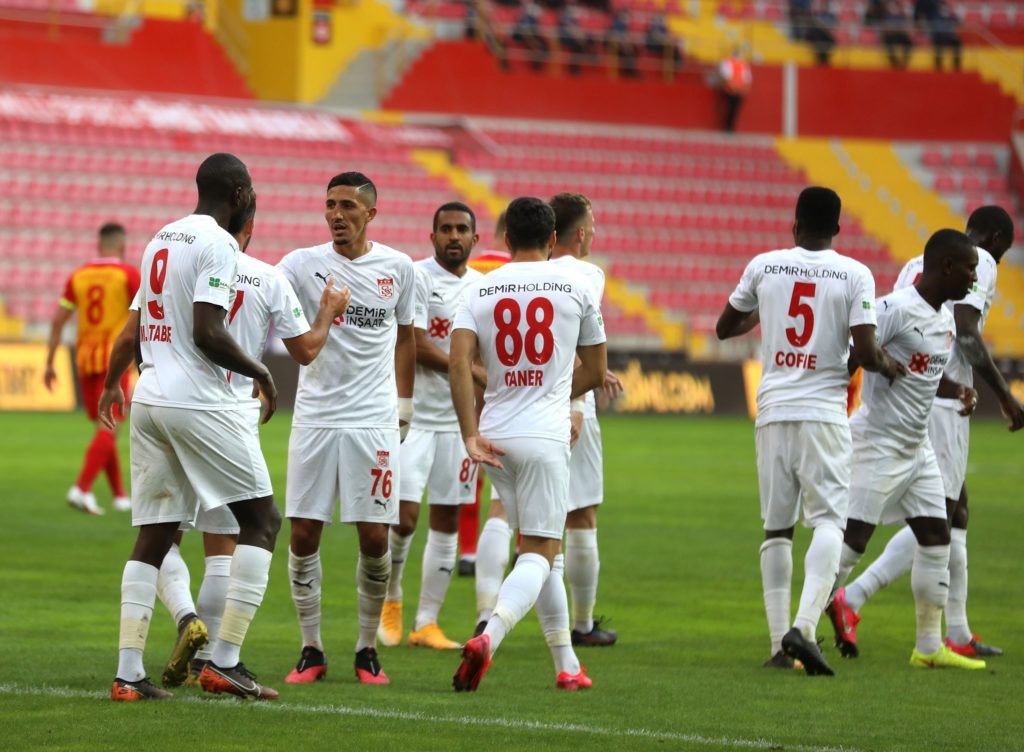 Ghana midfielder Isaac Cofie came off the bench to play a key role in Sivasspor’s 3-2 win against Qarabag in the UEFA Europa League on Thursday.

Cofie was named on the bench for the Matchday 4 of  Europe’s second-tier inter club competition.

The Ghanaian midfielder was handed an early call in the 20th minute by coach Riza Calimbay after Robin Yalcin appeared to be struggling with injury.

Before the introduction of Cofie, Qarabag were cruising to Abdellah Zoubir’s 8th minute goal.

Veteran Ivorian striker Arouna Kone scored from the spot in the 40th minute to restore parity for Sivasspor.

But Uros Matic scored six minutes after the break to restore the hosts lead before Olarenwaju Kayode hit back again for Sivasspor in the 58th minute.

Kone became the hero for the Turkish side after hitting the winner in the 79th minute.

Cofie played a significant role in the Red and Whites victory in Azerbaijan.

His compatriot Kwabena Owusu picked a booking but lasted the entire duration of the game for the losers.