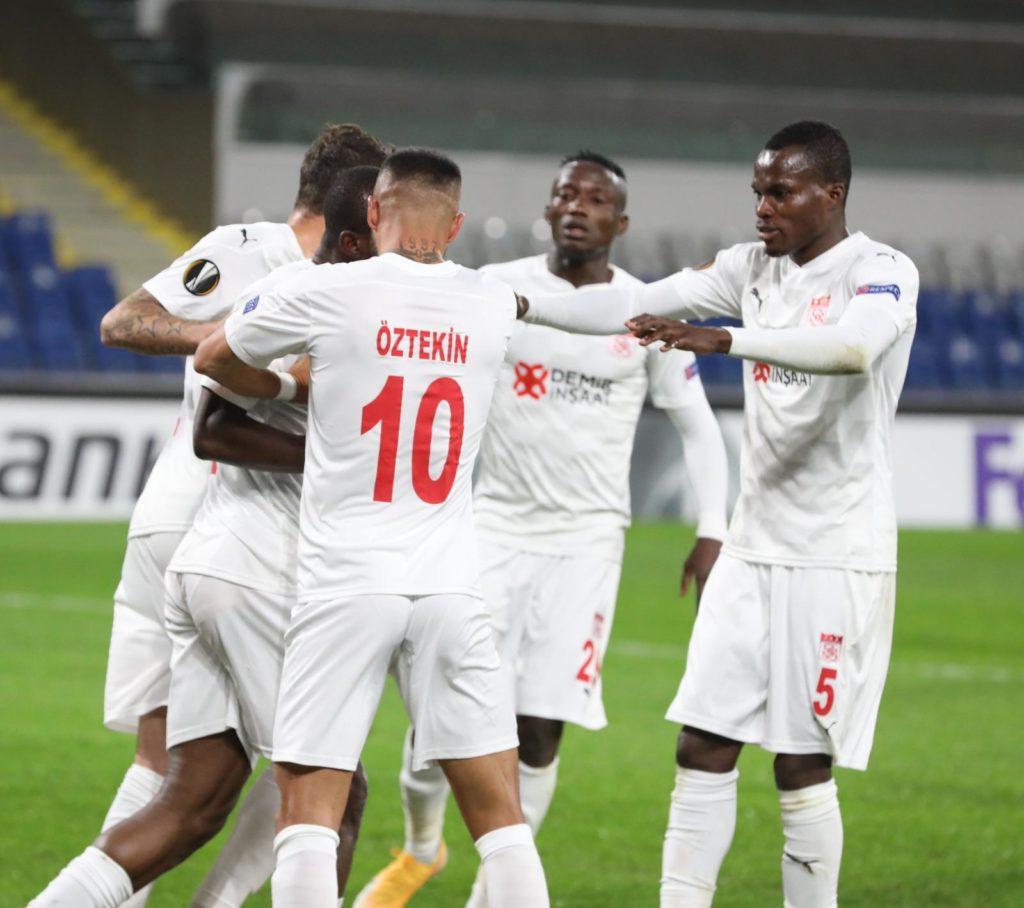 Midfielder Isaac Cofie registered his first assist for Sivasspor this season in their 2-1 win over Demirspor in the Turkish Cup round of 16 tie at the Yeni Sivas Stadium.

The Ghana international made a return to Sivasspor's start line up after appearing as a half time substitute in last Saturday's league game against Gaziantep.

He had earlier missed out on match against fellow Ghanaian and ArthurLegacy compatriot Afriyie Acquah, when YenI Malatyaspor hosted Sivasspor.

But the industrious midfielder put in a tidy performance for the Sivasspor,showing great desire, drive and grit.

Cofie produced the assist for the goal in the 37 minute after finding teammate Yasin Oztekin in a scoring position.

The game traveled to extra time as Demirspor managed to equalized in the 44 minute.

But Sivasspor t found the winner through Mustapha Yatabare in the 116 minute to qualify to the next stage of the Turkish Cup.

Cofie has made 16 appearances for Sivasspor this season in all competitions.