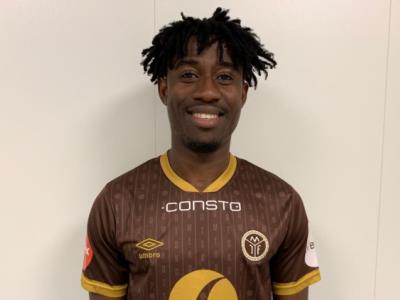 Ghanaian midfielder Isaac Twum was on target for Norwegian topflight side Mjøndalen as they recorded an impressive victory over giants SK Brann.

The former Ghana U-23 player doubled his side's lead when he pounced onto a pass from Ole Amund Sveen.

Martin Ronning Ovenstad gave Mjøndalen the lead after 13 minutes at the Isachsen Stadion before Twum doubled the lead late in the first half.

Isaac Twum was rock solid in the middle of the back and also provided an attacking threat with incisive passes to unlock Brann's defence.

The ex-Inter Allies player was replaced in the 84th minute after picking a yellow card in the second half.

The win positions them just a point behind his former club IK Start as the relegation fight continues.