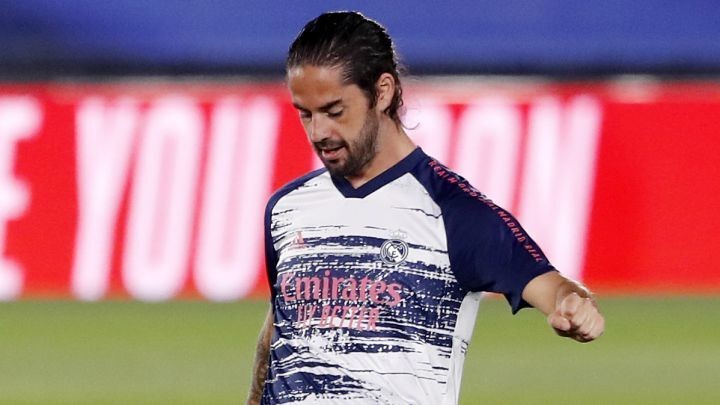 According to reports, Sevilla are keen on signing Isco on loan and although the player fancies the move, money may be an obstacle.

Isco has stated his intention to leave Real Madrid but there have been few suitors for the Spain international as of yet, with his father and agent adding that the player was quite happy to remain at the Bernabéu under the management of Zinedine Zidane if a tempting alternative fails to materialize. Zidane, for his part, has said he is happy to retain Isco but the midfielder has been pushed down the pecking order by Martin Odegaard’s return and the emergence of Fede Valverde, featuring for only 285 minutes this season.

Isco is Zidane’s 17th most-used player and has only started three games in LaLiga without yet making an appearance in Europe despite the club’s injury issues. The 28-year-old has been linked with Everton and Arsenal but nothing concrete has been proposed as yet about a possible move to the Premier League. Sevilla, though, are hoping to persuade Isco to remain in LaLiga.

Lopetegui keen to be reunited with Isco

According to reports in Spain, Sevilla have been in touch with Francisco Alarcón Sr, Isco’s father, to see if the player would fancy being reunited with Julen Lopetegui at the Sánchez Pizjuán. Player and manager are on the same wavelength and have worked together in both the Spain under-21 and senior set-ups and during the former La Roja manager’s brief spell at Madrid. Isco welcomed the appointment of Lopetegui at the Bernabéu and a move to Sevilla, where he will be afforded the pitch time he is lacking under Zidane with a view to ensuring a place in the Spain squad for Euro 2020, would suit all parties.

However, there is one stumbling block: Isco’s salary. The midfielder is reportedly not keen on a pay cut to move south, whereas Sevilla are said to consider paying his Madrid wages in full “prohibitive.”