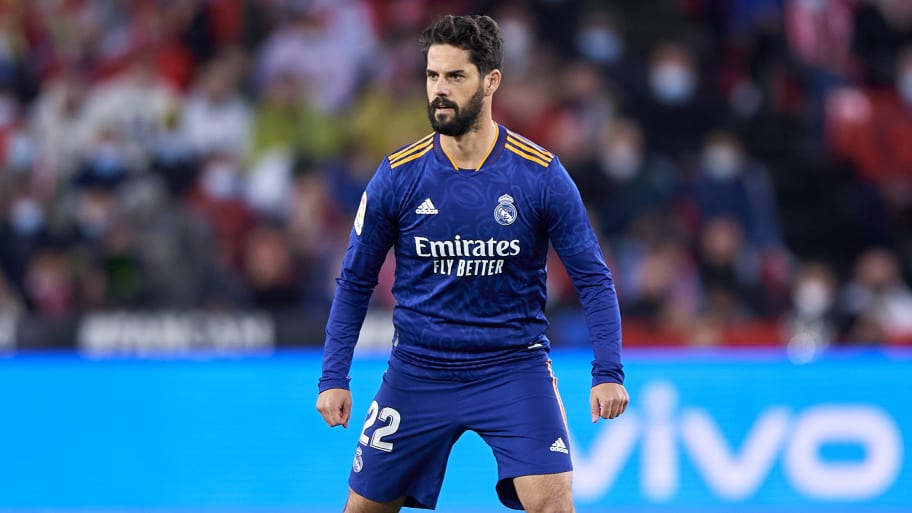 Isco is said to have refused to warm up in Real Madrid's 4-1 win over Granada on Sunday, with Carlo Ancelotti only bringing him on to avoid a bigger problem.

Isco's contract is up at the end of the season and he is expected to be allowed to leave on a free transfer after playing just 176 minutes in La Liga this year, ten of which came towards the end against Granada.

According to Cadena SER, he wasn't supposed to play that much on Sunday. He was warming up alongside Luka Jovic and Eduardo Camavinga, but after watching those two go on without him, he is accused of sitting down and refusing to continue warming up.

Ancelotti wanted Isco to come on later, but the 29-year-old allegedly stormed to the bench and refused to leave, at which point Ancelotti's assistant and son Davide caught wind of the situation.

The senior Ancelotti was informed of Isco's actions and, after a moment of frustration, decided to bring the midfielder on as well so as to avoid any more tension.

After the game, the boss was asked about the substitution, but he did his best to dismiss any suggestions that there was a problem.

"I made those changes to give rests to those who play more and give opportunities to those who have not been playing," Ancelotti said (via AS). "We decided to play Isco a little higher up the field."

That appearance was Isco's first in nearly two months. He has tumbled right down the pecking order under Ancelotti and is now sixth in the depth charts, with Casemiro, Luka Modric, Toni Kroos, Federico Valverde and Camavinga all ahead of him.

He is expected to leave the club at the end of the season but may well head off earlier, with Real able to demand a small fee for his services if a buyer can be found.

This article was originally published on 90min as Isco 'refused to continue warming up' against Granada.