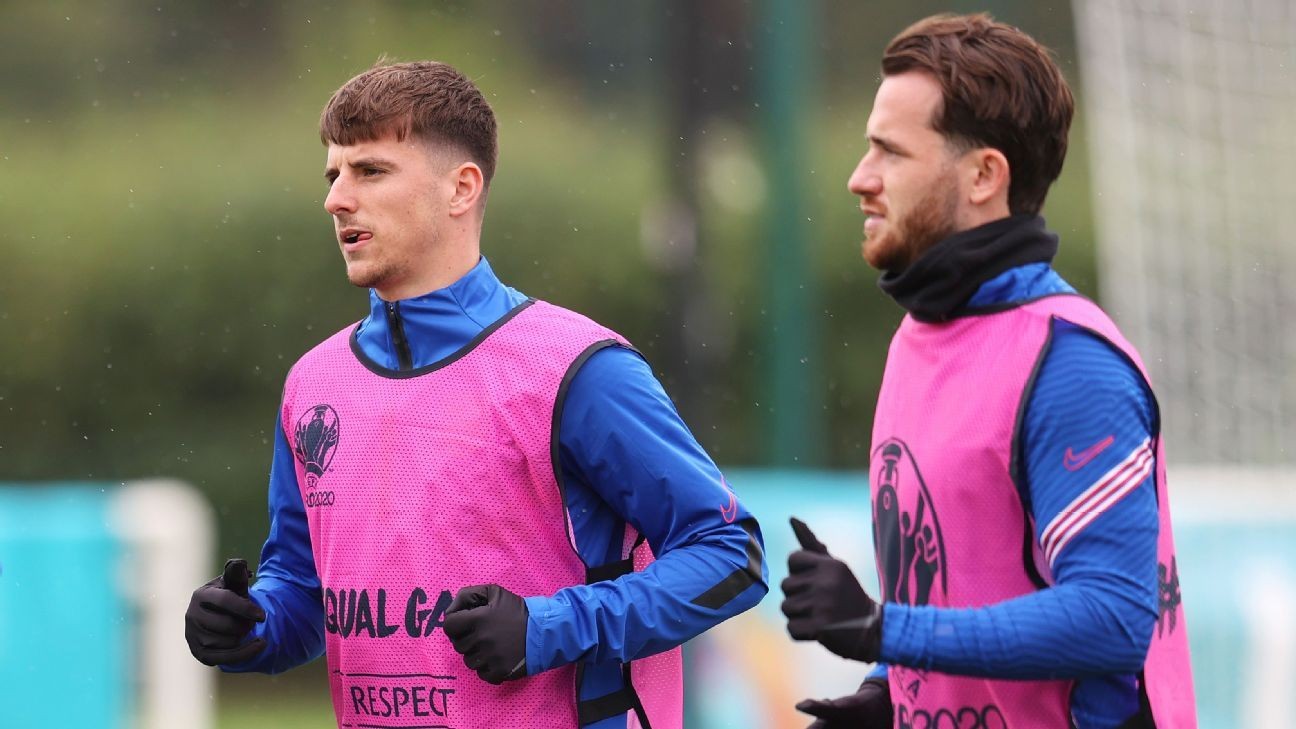 England duo Mason Mount and Ben Chilwell have been ruled out of Tuesday's Euro 2020 Group D finale against the Czech Republic and could also miss the round of 16 after being forced to self-isolate.

The pair were deemed "close contacts" with their Chelsea teammate Billy Gilmour, who tested positive after Friday's 0-0 draw between England and Scotland at Wembley.

Mount and Gilmour were seen embracing Gilmour at full-time and their conversation is believed to have continued into the tunnel, thereby crossing the threshold of what Public Health England deemed as a "close contact."

A statement from the Football Association read: "We can confirm that Ben Chilwell and Mason Mount must isolate up to and including next Monday [28 June]. This decision has been taken in consultation with Public Health England.

"The pair were confirmed overnight as close contacts of Scotland's Billy Gilmour after his positive test following last Friday's match.

"Chilwell and Mount will isolate and train individually in private areas at England's training base St. George's Park, with the rest of the squad returning there after tonight's fixture against Czech Republic at Wembley.

"We will continue to follow all COVID-19 protocols and the UEFA testing regime, while remaining in close contact with PHE.

"The entire England squad and staff had lateral flow tests on Monday and all were again negative, as was the case with Sunday's UEFA prematch PCR tests. Further tests will be carried out as and when appropriate."