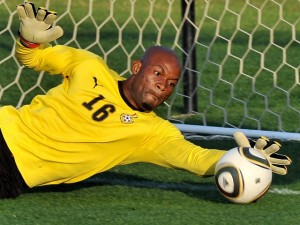 Israeli Premier League side Hapoel Ashkelon have opted not to hand a permanent deal to Ghanaian goalkeeper Stephen Ahorlu.

The 23-year-old was the first choice shot-stopper for the side but it is known why they opted not to hand him a permanent deal.

He spent last season on loan at the Israeli Premier League side where he was first choice.

Ahorlu has returned home where he is in talks with Medeama for a return to the Ghana top-flight.

He was an unused substitute during the 2010 Fifa World Cup finals.