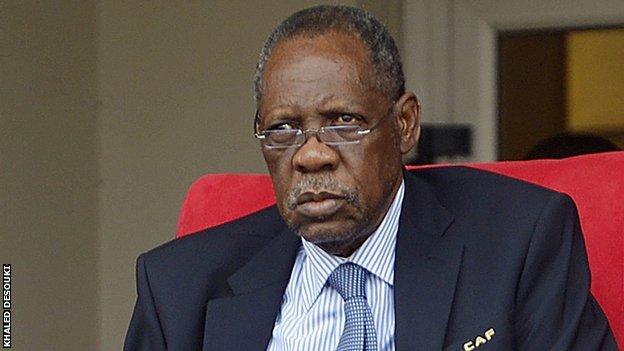 Former President of the Confederation of African Football (CAF) president Issa Hayatou will vacate his post as Chairman of the Africa Cup of Nations 2022 Local Organizing Committee chairman after being banned by FIFA.

Hayatou has been banned from all football-related activities for one year after breaching article 15 of the FIFA Code of Ethics.

The longest-serving CAF president was said to have breached Article 15 of the FIFA Code of Ethics after his involvement in the TV and media rights deal with Lagardère Sport during his tenure.

Hayatou was said to have used his position as CAF president, by entering, in the name and on behalf of the confederation, into an anti-competitive agreement with Lagardère Sport which was detrimental and caused significant damage to CAF (both financially, in the amount of EGP 200 million, as well as to its reputation).

He has been fined $34,000 and banned from all related football activities for a year thus he will not be able to hold his position as the LOC Chairman for the 2022 Africa Cup of Nations to be staged in his native country.

In a statement from FIFA the decision has been communicated to Mr Hayatou  today and his ban comes into force immediately.