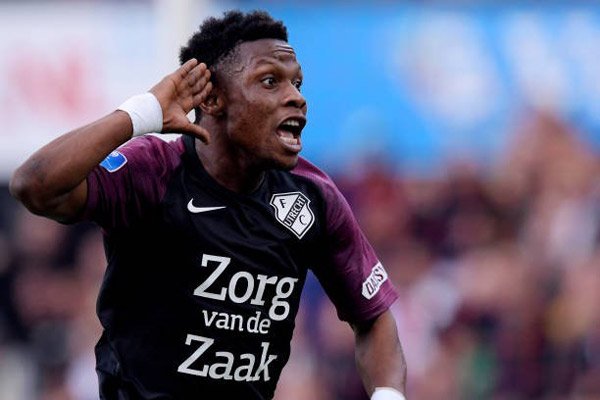 Ghanaian striker Issah Abass was on target for FC Utrecht in their 2-1 win over FC Eindhoven in the Dutch KNVB Cup on Tuesday night.

Samy Bourard sent the Eindhoven fans at the Jan Louwers Stadio into frenzy mood after opening the scoring in the 37th minute.

But the visitors came back strongly to level the score line through Issah Abass in the 61st minute. The Ghanaian forward connected superbly to Urby Emanuelson’s flawless cross.

A late strike scored by French youngster Jean Christophe Bahebeck on the 112th minute secured FC Utrecht a place in the quarterfinal stage of the Dutch Cup.

Abass played the entire duration of the match.

He has scored 5 goals in his 15 appearances for FC Utrecht in the ongoing campaign.