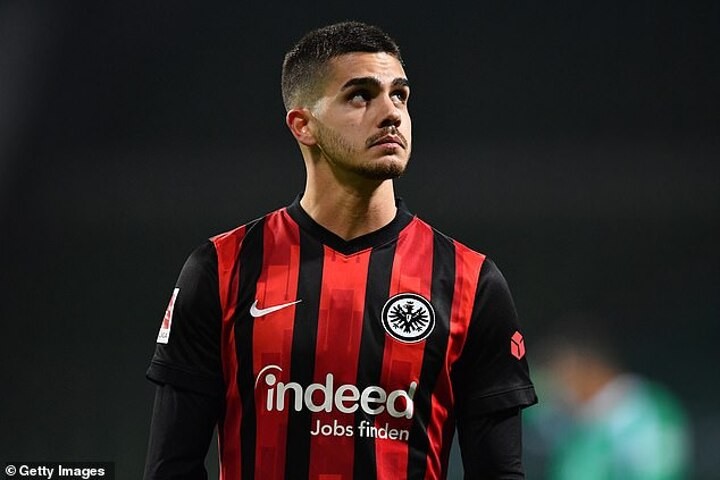 Andre Silva have played down speculation regarding a potential move to Manchester United but stated that such links give him 'more motivation to work'.

The Eintracht Frankfurt forward has been prolific this season and boasts a hugely impressive return of 20 goals in 23 games across al competitions.

There have been suggestions that United will look to sign Silva this summer, but the

Silva told O Jogo: 'I've heard rumours, but that is it. Rumours are rumours.

'At the end of this season, it's something that gives me more motivation to work – it's a sign that what I have accomplished has borne fruit, and the path has been good.'

Silva initially joined Frankfurt on loan from Milan in 2019 before making the deal permanent a year later.

The 25-year-old is likely to be highly sought after this summer and, with his composure in front of goal, he would be a useful option for Ole Gunnar Solskjaer's side.

However, it is midfielder Bruno Fernandes who is United's top scorer so far this season with 22 goals, while Rashford is in second place having found the net on 18 occasions.

No other United player has managed double figures, with Cavani, Martial and Scott McTominay all tied on seven goals.