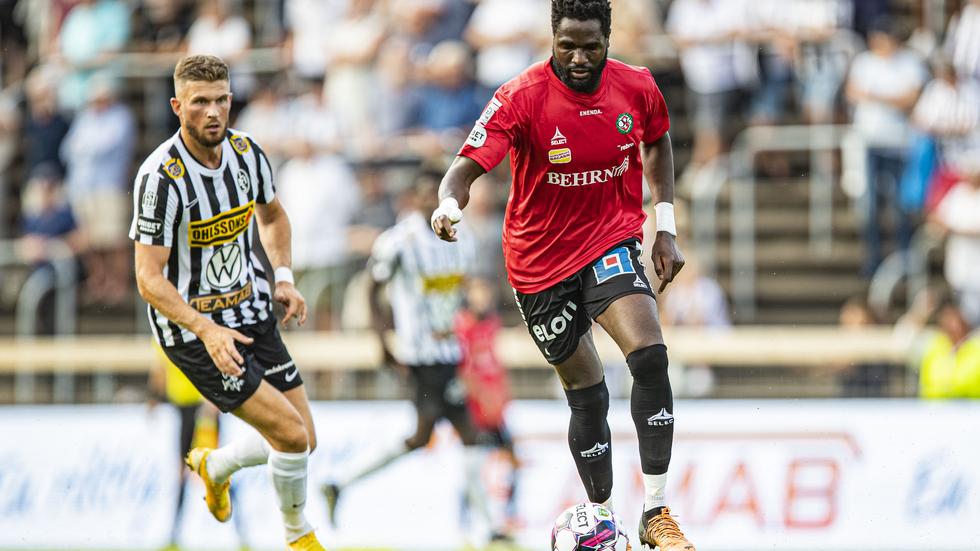 Ghanaian midfielder Nasiru Moro is unhappy despite scoring only his second senior goal in the Sweden on Monday night.

The former Accra Lions player scored his first goal of the campaign in Orebo SK's defeat to Landskrona in the Swedish Superettan on Monday night.

Moro levelled for Orebo after Ousmane Diawarra had given the host a 19th minute lead but asper Strid's second half strike gave Landskrona all three points.

After the game Moro said: "If I score a goal and the team loses, the goal means nothing."

Moro has been in top form for Orebo this season, making ten appearances in 11 games this season, and has a goal to his credit.

The 25-year-old is hoping to help Orebo make a quick return to the topflight after suffering demotion last season.