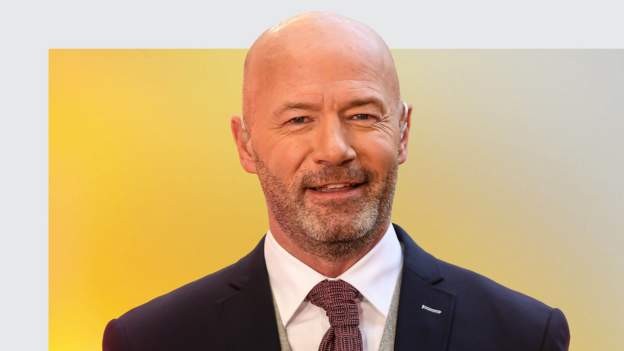 After his first two games at the last World Cup, Harry Kane had scored five goals. At the same stage of this tournament, he has not had a shot on target.

I am not overly concerned about that statistic, because we know the provider role Harry plays for this England team even when he is not scoring himself, but watching him against the United States it was clear something wasn't right.

He came through that scare about his ankle before the US game but, after playing a big part in an impressive team performance in the Iran game with two assists, he looked very tired and very leggy to me.

It might be time to think about getting him right for the knockout stages, and I have a sneaky feeling Callum Wilson might come in to face Wales on Tuesday instead.

England need to freshen things up anyway, to get the feel-good factor back after the disappointment of our draw with the US, and restore a bit of confidence.

I can understand why Gareth Southgate stuck with the same team that had stuck six goals past Iran but, after that, I can't see him doing the same again in our final game in Group B.

What do England and Wales need to do to qualify for last 16?

Did Southgate get his subs right?

After the euphoria of our first game everyone was expecting, wanting and hoping that it would be a similar story against the US. It wasn't, it was actually really flat.

I thought England defender Harry Maguire was our man of the match by a mile, and that tells you a lot about the team's performance. He got on the end of absolutely everything, and we needed him to

You have to give great credit to the US, because they stopped us from playing, as well as playing well themselves.

But of course it was disappointing that we were not able to change the direction of the game with the attacking options we had on the bench.

I am not saying that in hindsight, either. We were all watching and thinking about the substitutes Gareth Southgate made, and whether they could have been earlier and could they have been different.

I would have brought Wilson on at some point, and Phil Foden too, but everyone will have an opinion about who would have made a difference - it is the manager who makes that call.

There are going to be games at this tournament where, for whatever reason, we need to change our personnel or tactics, or both, to try to win them.

From what Southgate said afterwards, this wasn't one of them because a point was not a bad result.

A good performance will put us back on track

Performance-wise we have gone from being magnificent to mediocre, at best.

There is no need to worry too much about that, though. The last team to go through a World Cup and win all seven games was Brazil, 20 years ago.

Everyone who goes deep into the tournament usually hits a bump in the road during the group stage and, while that performance wasn't great, we are still in a very strong position.

I don't want to sound arrogant about our chances, but we would need to lose 4-0 to Wales to not make it to the last-16 now, and that seems highly unlikely based on what we've seen in Qatar.

I'd really expect us to beat Wales and go through as winners of our group, which was always the aim.

It won't be easy, of course. Wales' situation means they have to win to have any chance of getting out of the group, and then you have the rivalry you encounter whenever the home nations play each other which adds another element to the game.

I never faced Wales as a player but our rivalry with Scotland was fierce enough to tell me that things will not be straightforward on Tuesday.

When I played against Scotland, I'd look at their side and know plenty of their players well from facing them in the Premier League, and I would believe we had a better team than them.

England's players now have got to have the same mentality too, and I am confident they will approach this game with the right attitude.

It's pretty obvious what I want to see now - the same attacking outlook, ideas and energy we showed in the Iran game. If we do that, we will be back on track for the next part of this World Cup.

Alan Shearer was speaking to Chris Bevan in Doha.