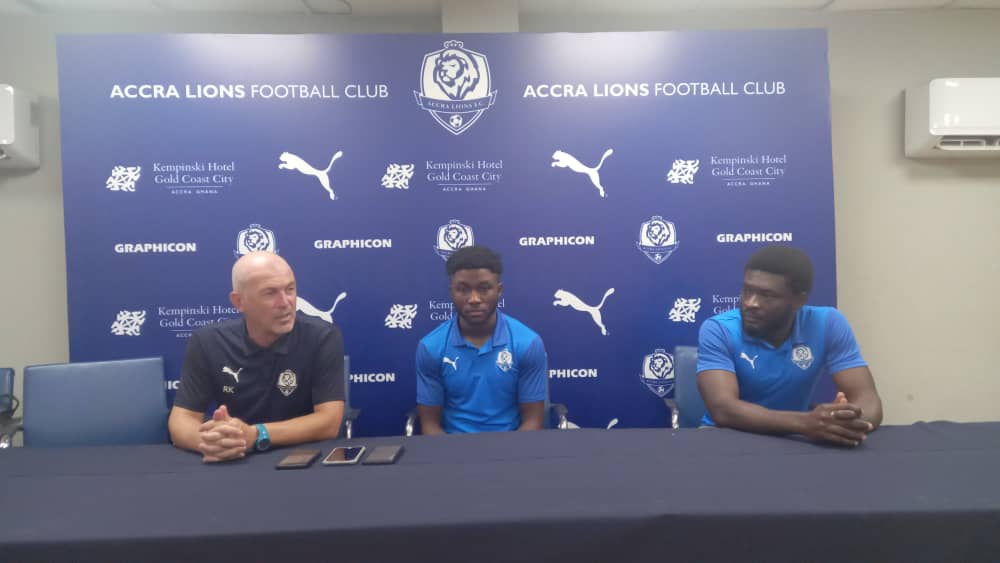 Accra Lions coach, Rainer Kraft is very happy with his side's first ever win in the Ghana Premier League against Bechem United.

The newcomers had to fight for the victory after a Bechem United gave them a frenetic end to the matchday four encounter.

Goals from Christoper Acheampong and the club's top scorer this season, Rauf Salifu, ensured the Accra-based club were on course for their first win.

However, a strong second half performance by Bechem United saw Augustine Okrah pull one back for the visitors.

"It was a very difficult game, as you could see it the second half, we lost our style of play in the second half. What made us strong, the first 45 minutes to the 2-0. It was more of a kick and rush game so Bechem fought hard when they got their first goal," he said at the post match presser.

"They had more power, more force so we drew back and had to defend so it was a very very hard win but ofcourse we are very very happy to gain our first three points in the Ghana Premier League."