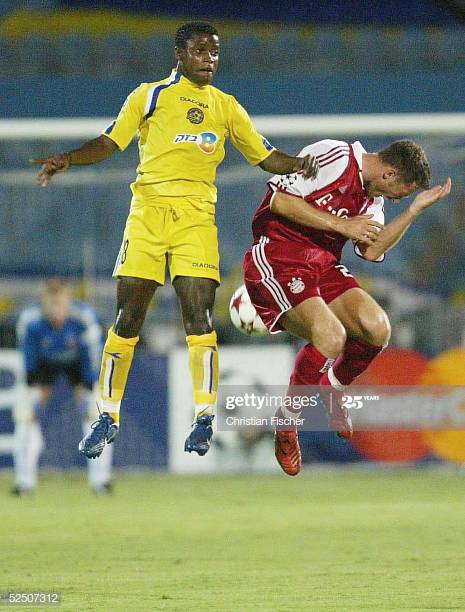 Former Hearts of Oak striker Ismael Addo has revealed his excitement of playing in Europe despite failing to meet the expectations his talent demanded.

The striker, who tore apart the Ghana Premier League during his days with Hearts of Oak left for France in 2002 to join Bastia, but his loan stint saw him making only two appearances.

However, he managed to make a move to Israel that same year, where he enjoyed a stellar two season with Mecabbi Netanya, but it was at Mecabbi Tel Aviv that he got to play against the likes of Bayern Munich and Juventus in the UEFA Champions League.

Addo reminisces those moments in Europe and discloses it was a good period in his career.

“I will probably say I did quite well when I left Hearts of Oak because I went to Bastia for a year. It was a loan deal so after that, the coach has to leave and all that. Because you know in Europe, it is all abut coaches that sign players,” he told Tv3 Sports.

"It is all about discipline, dedication and hard work. It is not easy to play in Europe.

“I had all these three qualities and that was the reason why I had the chance to play in the UEFA Champions League.”