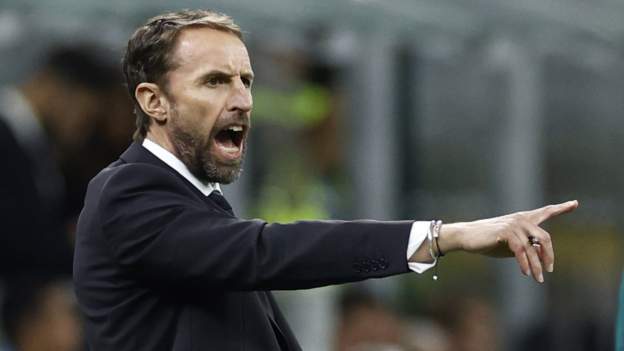 Gareth Southgate says England's performance in their defeat by Italy was "a step in the right direction" despite the Three Lions being relegated to the Nations League's second tier.

England are without victory in five games for the first time since June 2014 following the 1-0 loss in Milan.

They have also failed to score a goal from open play in 495 minutes.

"It's difficult for me to be too critical of the performance," said England manager Southgate.

"We had more possession, more shots, more shots on target. For large parts of the game we played very well," he added.

"It's a spell where ultimately results are going to be the thing that everyone reacts to but I thought there were a lot of positives for us as a team tonight.

"Lots of good individual performances. I personally thought the performance is a step in the right direction. I completely understand because of the result that is not going to be the reaction."