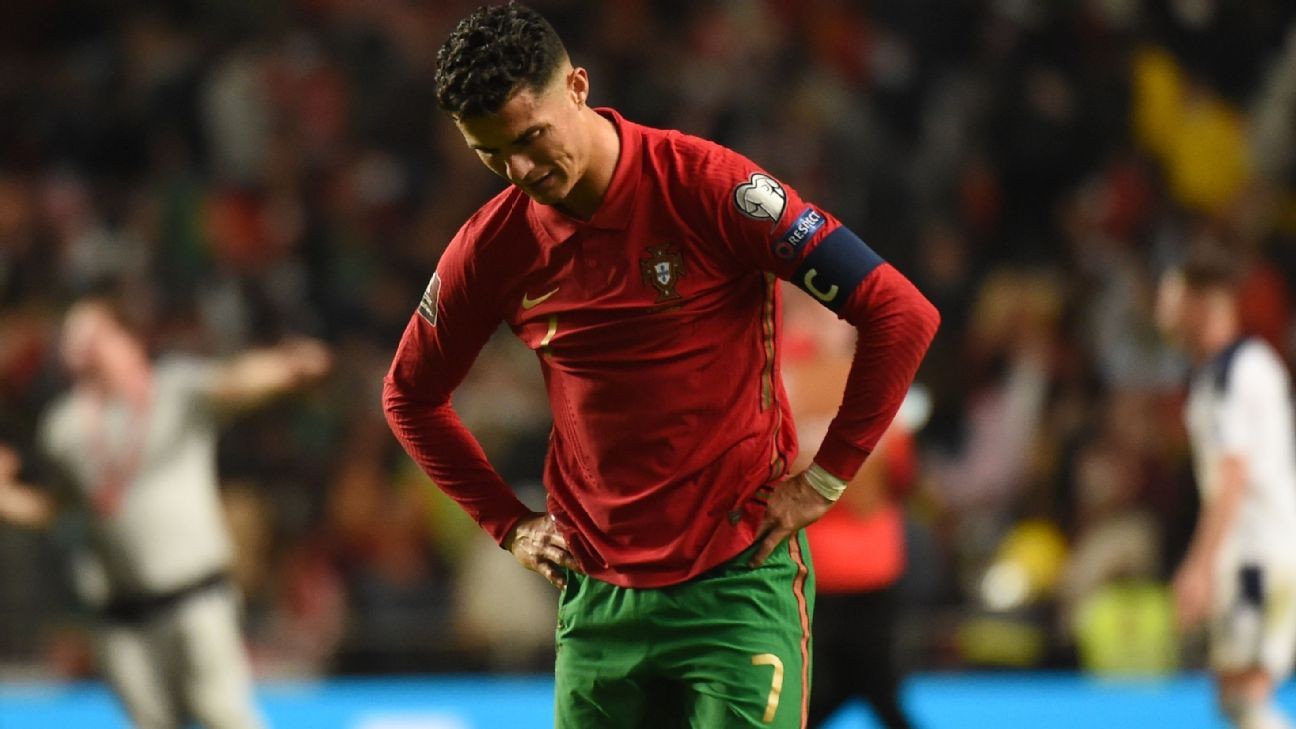 Either European champions Italy or Cristiano Ronaldo's Portugal will miss out on World Cup after being drawn in the same playoff path in Friday's draw.

It means either Ronaldo and the 2016 European champions, or four-time World Cup winners Italy, will miss out on the tournament next year.

Italy finished as runners-up to Switzerland in the group stage of qualifying, while Portugal were pipped to top spot in their group after a home defeat to Serbia, meaning both teams have to go through the new playoff system if they are to be at the finals in Qatar in a year's time.

Portugal will be at home to Turkey in the semifinals, while Italy will host North Macedonia. The winners of those two semifinals will meet for one place at the World Cup. Portugal or Turkey will be at home in the final.

Wales and Scotland were also drawn together, meaning only one of the two British nations will be in Qatar. Wales face Austria and Scotland take on Ukraine in the semifinals. The remaining path sees Russia take on Poland and Sweden play Czech Republic.

Twelve teams will take part in the playoffs, drawn into three paths of four teams with two semifinals and final in each. The winners of the three finals will take the last European places at the World Cup.

The playoffs are one-legged matches, with seeded teams at home in the semis and the hosts of the finals determined by a draw.

Final
The winners of Wales vs. Austria will be at home in the final

Final
The winners of Russia vs. Poland will be at home in the final

Final
The winners of Portugal vs. Turkey will be at home in the final

The semifinals will be played on Thursday, March 24, with the finals on Tuesday, March 29.