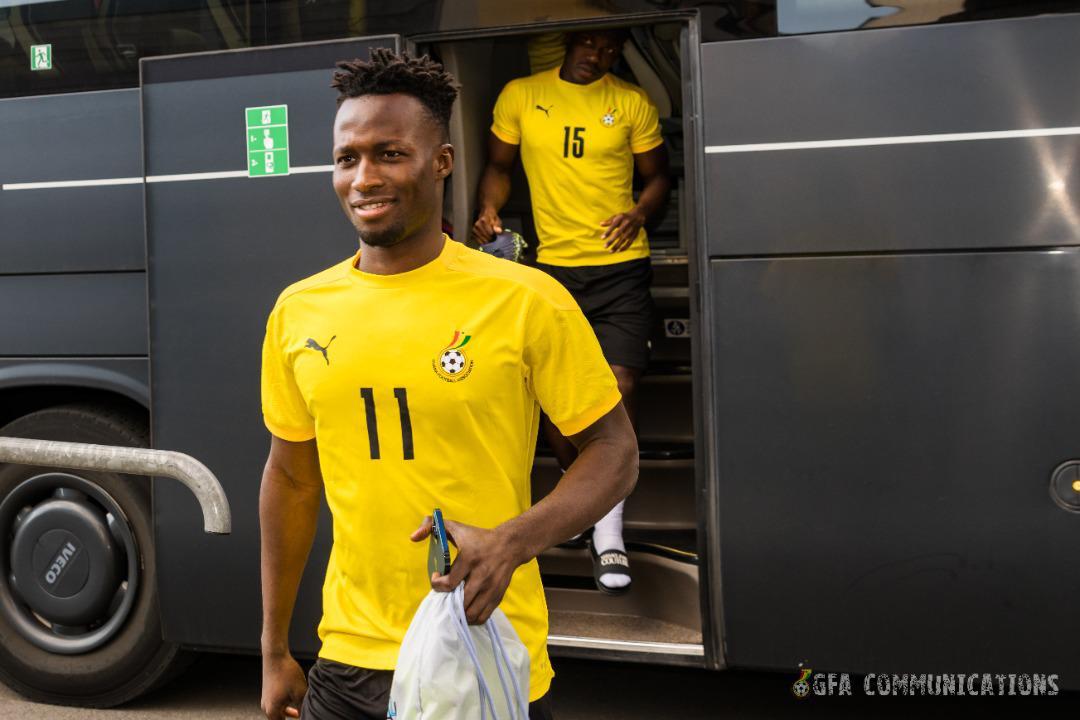 Red Star Belgrade winger is delighted to be part of the Black Stars squad preparing for international friendlies against Brazil and Nicaragua.

Bukari has been outstanding since joining the Serbian giants, scoring seven goals in all competitions, and his inclusion in the squad for the games is well deserved.

The 23-year-old and his teammates are in France, where they will play five-time world champions on Friday in Le Havre.

Following their match in Brazil, they will travel to Spain to face Nicaragua, who are ranked 139th in the world by FIFA.

Bukari expects to play in both games and is excited about it.

“Always an honour to be in the national colours, feels good to be back with the boys. Let’s go Ghana” he tweeted.

Always an honour to be in the national colours, Feels good to be back with the boys. Let's go Ghana!🇬🇭🔥 pic.twitter.com/SXlCbb8oaG

Red Star Belgrade broke their transfer record to sign the winger during the summer transfer window, and he has so far impressed.

After 12 games, Bukari is rated as the second most valuable player in the Serbian league.