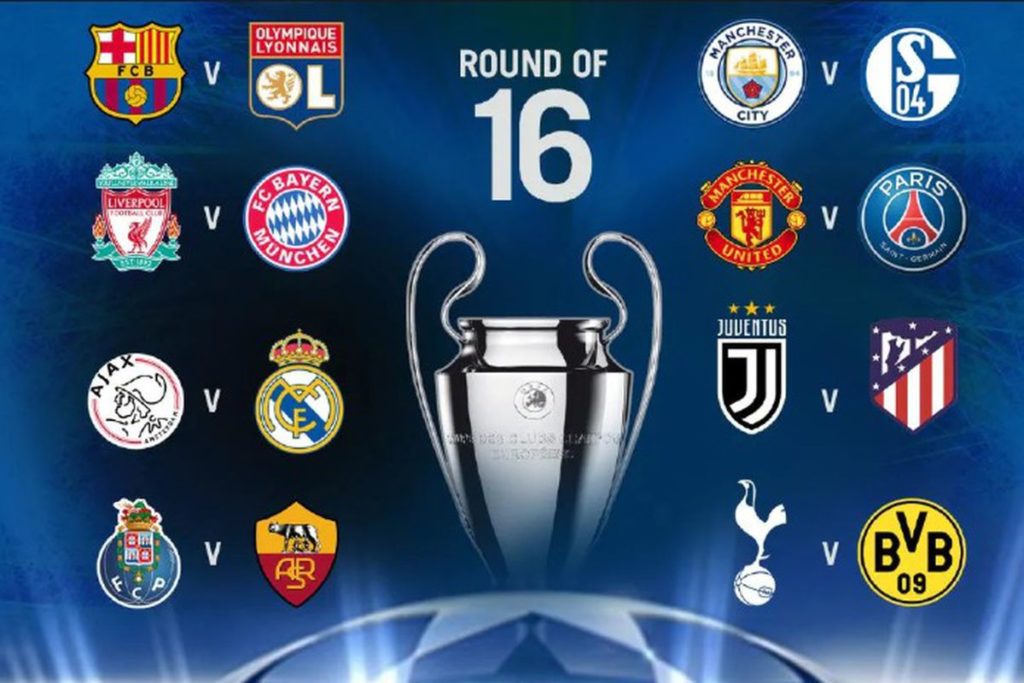 It’s getting exciting in the Champions League as the last few matches of the first leg remain and the first leg of Round of 16 draw towards its close.

All the traditional drama and quality of football that the Champions League offers at the knockout stages has been on display in abundance but it isn’t quiet over yet for this round with David meeting Goliath as Schalke are yet to face Manchester City and then the big one, the clash of the two titans Atletico Madrid vs Juventus so the drama and excitement is set to continue and you can keep up with all the betting information at www.bettingsites.ng.

In two of the last 3 editions of the Champions League, either Atletico or Juve have been able to reach the final, only to see their hopes of lifting this prestigious trophy shattered by Real Madrid.

Reaching the final of the most elite competition in club football is a feat in itself but these two giants of the game wouldn’t be satisfied by just that, both of them would be hoping to lift this prestigious trophy this time around.

Both teams haven’t been at their very best in the recent weeks, with Atletico suffering loss at the hands of Real Betis and Real Madrid, meanwhile Juventus were humbled by Atalanta in the Quarter-final of the Coppa Itallia losing 3-0.

But a recent resurgence in form has seen Juventus win their last two games convincingly by scoring 3 goals in each game and conceding none, Cristiano Ronaldo has been in red hot form once more, he has scored 4 goals in last 3 matches for Juventus.

Of course Atletico would be all familiar with Ronaldo, it was Ronaldo who was the thorn in the sight of both teams when they suffered defeat at the hands of Real Madrid but the difference is this time round Juventus have him on their side.

Antoine Griezmann remains the main man for Atletico Madrid and Juve will be wary of the prolific striker who has 2 goals in the last 2 matches. Overall Diego Simeone’s men vs Massimiliano Allegri’s men promises to be a great fixture with abundance of footballing talent on display.

The other game to be played sees Manchester City travel to Schalke. Ever since that wobble against Newcastle, Manchester City have been on a run, where they have blown every team that crosses their path away, no matter what the competition or who the opponent, Pep’s men have been up to the task.

Schalke on the other hand haven’t been in the best of form as of late, they have lost 2 of their last 4 matches, these matches were against Bayern Munich and Borussia Monchengladbach but still their overall performance in those games wasn’t satisfying.

Pep’s Manchester City are under increasing pressure to win the most elite club competition as winning the Premier League title is no longer enough, Mancini and Pellegrini won the Premier League title for City but the bosses upstairs want more hence they brought in Pep who must deliver now and Schalke might just be collateral damage come match-day.