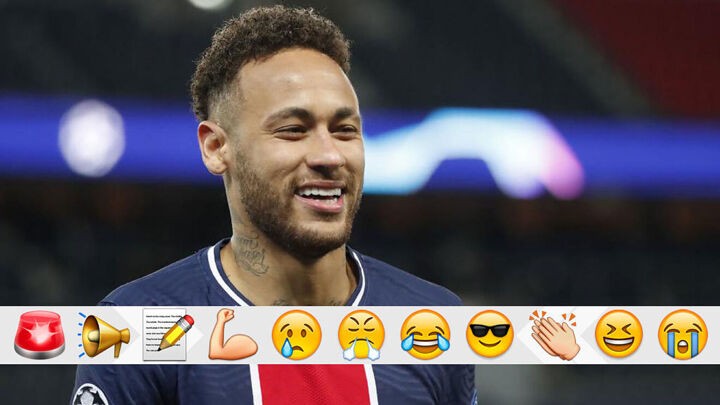 Neymar wants to win the Champions League that escaped him in Lisbon, and he took revenge for the final defeat to Bayern Munich as he and Paris Saint-German knocked the champions out in the quarter-finals.

He carried the PSG project on his shoulders at the Parc des Princes, putting on a show filled with dribbles, gifts for his teammates, and tested Manuel Neuer and his goal frame.

He didn't manage to score, but he came close. Now, Neymar and PSG are into the final four again, and it's not a surprise that Lionel Messi wants to play with his former teammate.

On his day, Neymar is a spectacle. Mauricio Pochettino rubbed his lamp on Tuesday and his genie delivered, with Bayern only able to stop him with fouls.

If he's not the best player in the world, he's definitely right up there, as are Kylian Mbappe and Angel Di Maria.

Bayern had 31 shots in the first leg but managed to lose. In Paris, Pochettino's side had countless chances and hit the woodwork countless times.

Somehow, they fell behind to Eric Maxim Choupo-Moting, but Bayern were unable to get that second goal that they needed.

Bayern never give up, with or without Robert Lewandowski. They've won the Champions League six times, and they did their utmost to reverse the first-leg deficit.

Keylor Navas had a lot of work to do, and PSG had a tough time.

Mbappe, Di Maria and Neymar have formed a phenomenal trident. They all play with different styles, but they combine to be lethal and hard to stop.

From the MCN with Edinson Cavani to the MDN now, PSG's three will be feared by whoever face them.

Replacing a forward who scores 42 goals in a season isn't easy, but Choupo-Moting played his part. He scored in both legs, and needed his teammates to help him carry the attacking load.

It was a shock that Mbappe didn't score after his brace in Munich. He had chances, but the one time he found the net he was offside.

He'll be even hungrier for goals in the semi-finals now.