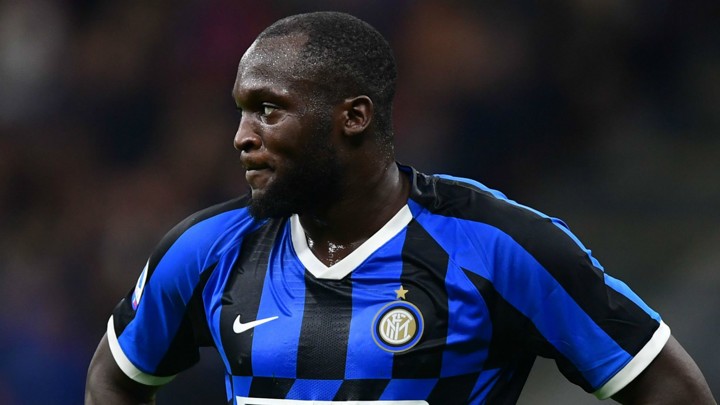 Inter striker Romelu Lukaku hit out at officials for allowing Serie A to continue until a player tested positive for coronavirus, insisting health is paramount.

The 2019-20 Serie A season has been suspended amid the Covid-19 pandemic, which has killed more than 53,100 people worldwide.

Juventus defender Daniele Rugani was listed as the first Serie A player to contract coronavirus following the club's 2-0 win over Inter behind closed doors on March 8.

With Italy hit hardest by the virus – more than 13,910 deaths – Belgium star Lukaku questioned why the league was not postponed sooner.

"Health comes first. Why should we play if there are people in the world who are risking their lives?" Lukaku said in an interview with Thierry Henry via Puma's Instagram.

"Why was it only necessary for a player to test positive in order for football to stop? It's not normal.

"I will admit that I do miss football, but now the most important thing is people's health. Everything else comes secondary to that."

Amid the hiatus, Lukaku told Henry: "What I miss most is competing with opponents, being in full stadiums and feeling the support from the fans.

"I am using this time to analyse my performances and indeed, more generally, everything I have done in the last six months. You can always improve in football."

Prior to the suspension of the season, Lukaku had been in fine form for Inter, netting 17 goals in Serie A with a further six strikes in other competitions.

Before joining Antonio Conte's side from Manchester United, the striker has recently revealed he came close to joining Juventus instead.

"I was close, really close [to joining Juve], but my mind was always set on Inter and the manager," Lukaku said in an interview on Ian Wright's YouTube channel.

"As a kid I looked up to Adriano, Ronaldo and [Christian] Vieri.

"Obviously when Inter came – and the manager Conte wanted me at Chelsea and Juve as well – I wanted to go there and see what it was like, keep my head down and work."

As it stands Serie A is currently suspended until May, but many still believe any possible return to play would have to again be pushed back to June at the earliest.