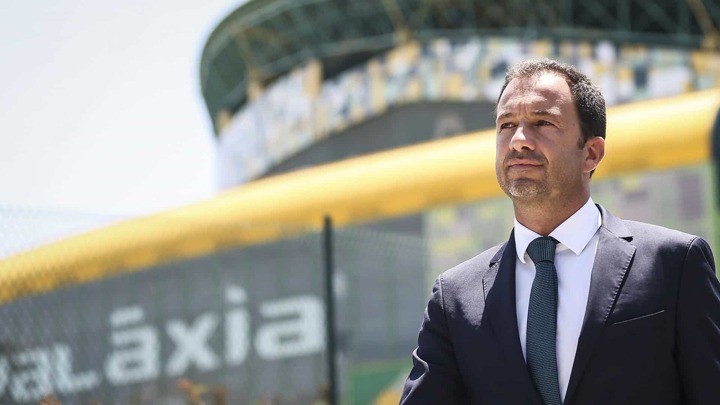 Sporting CP president Frederico Varandas says it is “really stupid” that football players are being tested for Covid-19 more frequently than medical workers.

The Primeira Liga has been suspended since March, but it is hoping to follow the example of the Bundesliga by concluding the season in empty stadiums.

Players, coaches and staff are being tested for coronavirus as the league looks to get the Portuguese top flight up and running in the first week of June, but Varandas says prioritising football over doctors, nurses and other medical staff while the pandemic continues is wrong.

“Footballers are tested more than doctors working in hospitals. For me that’s really stupid, it’s political. I understand it politically, but scientifically this is ridiculous,” he told The New York Times.

“Football in Portugal is crazy, it’s like a religion, it’s sick.”

Varandas, a qualified doctor, has spent time working in the emergency room of Lisbon’s military hospital to help them deal with the coronavirus pandemic.

Sporting’s board members agreed to take a pay cut and Varandas spoke to the senior players to request they forego a large part of their wages for three months to help the club survive amid the uncertainty.

Sporting were given a significant cash injection in January when they sold Bruno Fernandes to Manchester United in a €55 million (£47m/$60m) deal.

The deal may have been perfect timing for the club as transfer fees are expected to drop significantly because of world football’s suspension, meaning the Portugal star’s value would be significantly lower today.

“Now sometimes I go to bed and imagine what would happen if we tried to sell Bruno Fernandes now — what would the price be? 15, 10?” Varandas said.

“I don’t know what the value of a footballer is now. Sporting, Porto, Benfica, all the clubs in Portugal, we have to sell players.”

The 40-year-old has juggled his hospital work with trying to keep Sporting afloat in the face of the pandemic and admits it has been an exhausting period for him.

He added: “I continued controlling things because football stopped, but the club continued. It was not easy at all that first month and a half trying to cope with the hospital work and football.

“Sports had stopped in Portugal and I thought that I am more important to the country working as a doctor.”