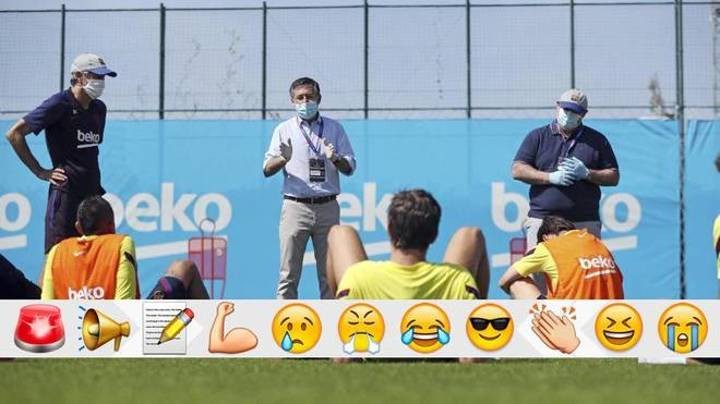 Barcelona are scrambling around to find money to sort out their books, yet they seem to be living in a world where money is not an object and they can sign any player they like.

The Catalan club have reportedly agreed terms to sign Inter forward Lautaro Martinez this summer in a deal that will no doubt cost a fair amount, especially given his release clause is 111 million euros.

Yet, at the same time, Barcelona have asked their first-team squad to take pay cuts that will last beyond the current ERTE that is in place, on top of rushing to find suitors for a handful of players, both currently at the club and those who are returning from loan spells elsewhere.

It's time for Anonymous, who have become a prominent force once again, to expose Barcelona's accounts and allow the world to see just how big a hole the club have dug for themselves.