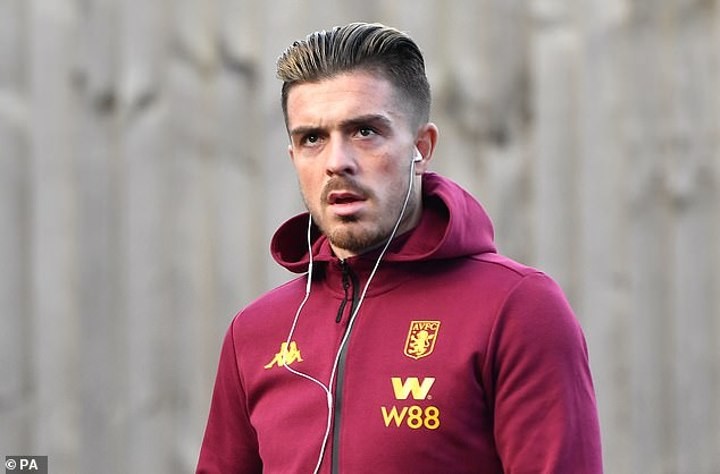 Jack Grealish is at the top of Manchester United's summer transfer target, with the Red Devils prioritising a move for the Aston Villa captain over Jadon Sancho, according to reports.

According to the Mirror, senior figures at Old Trafford are now weighing up an £80million move for the 24-year-old and hope that it will be enough to tempt Villa into parting ways with their talented playmaker.

Grealish put the move in doubt at the end of March after flouting government lockdown rules to attend a late-night party at the flat of former team-mate Ross McCormack, before he crashed his Range Rover shortly after.

Grealish was fined £150,000 for his actions and was forced to make a grovelling apology – just hours after he failed to heed his own advice about staying indoors before he apologised for his 'stupidity'.

However, Grealish's lack of discipline and off-field antics have not discouraged United boss Ole Gunnar Solskjaer from pressing ahead with the move.

The report goes on to suggest that United officials have cooled their interest in England starlet Sancho for the time being with Borussia Dortmund are unwilling to lower their £100m asking price.

That kind of outlay is becoming increasingly difficult for United to justify, with the club not able to stump up that kind of cash for a player they already have alternatives to.

The Bundesliga side are also happy to hold on to one of their prized assets for another season, despite rumoured interest from Real Madrid.

Zinedine Zidane's outfit reportedly cannot afford to splash the cash on Sancho in a few months but it is unquestionable that the England international is on the radar as the Frenchman looks to overhaul his attacking options.

Sancho has underlined his quality once again this season with an incredible 17 goals and 17 assists in 28 Bundesliga games for Dortmund – including a hat-trick in the 6-1 victory last weekend at Paderborn.