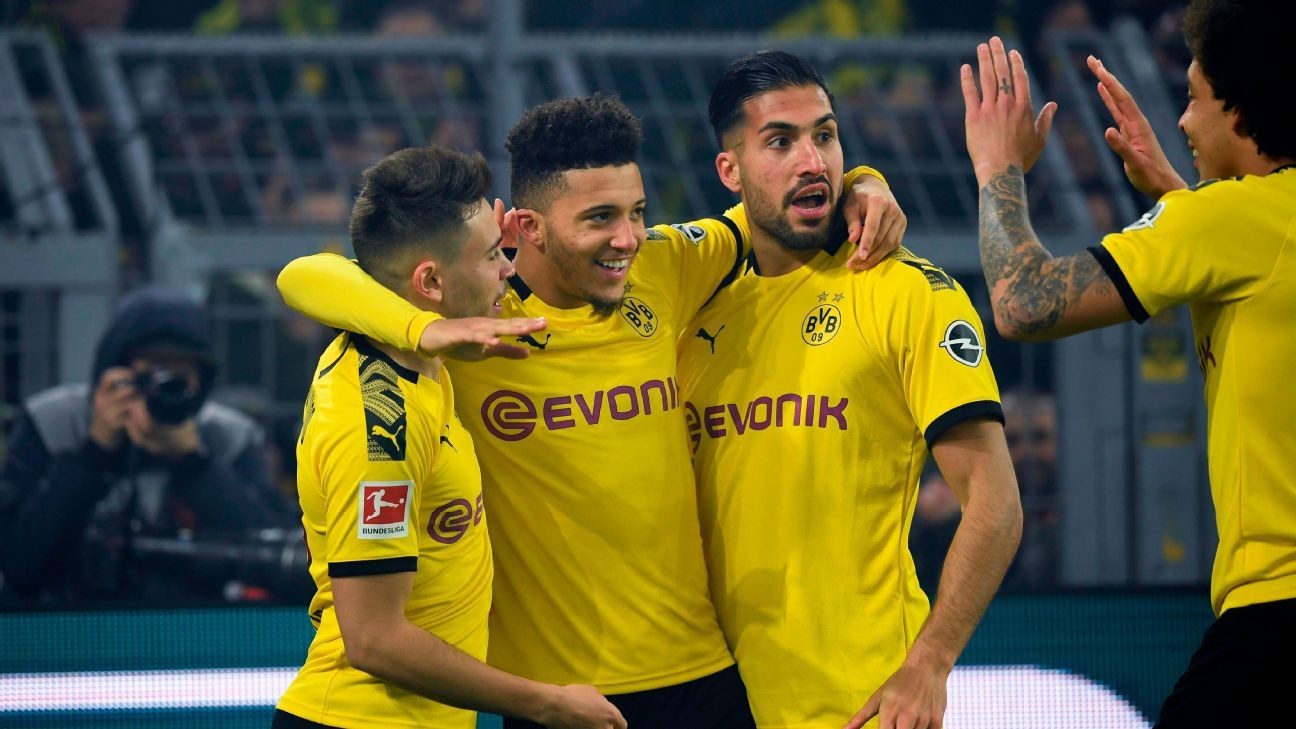 Borussia Dortmund scored three second-half goals as they crushed Eintracht Frankfurt 4-0 in the Bundesliga on Friday to take over second place.

Defender Lukasz Piszczek found space to drill home for the lead in the 33rd minute with the hosts having to stay patient against a hard-working Eintracht.

But the visitors threw in the towel after the restart with Jadon Sancho scoring with a fine run and finish in the 50th and Erling Haaland tapping in four minutes later for his eighth goal in his fifth league game, a Bundesliga record.

Raphael Guerreiro had hit the post with a first-half free kick but he made amends in the 74th, scoring with a powerful shot from 20 metres after a sloppy Eintracht clearance.

Dortmund's dominant performance was exactly what they needed ahead of their Champions League round of 16 first leg against Paris Saint-Germain on Tuesday, after suffering a 4-3 loss to Bayer Leverkusen last week.

The Ruhr valley club have 42 points and are above third-placed RB Leipzig, who host Werder Bremen on Saturday, on goal difference, while also moving within a point of Bayern Munich before the leaders visit Cologne on Sunday.