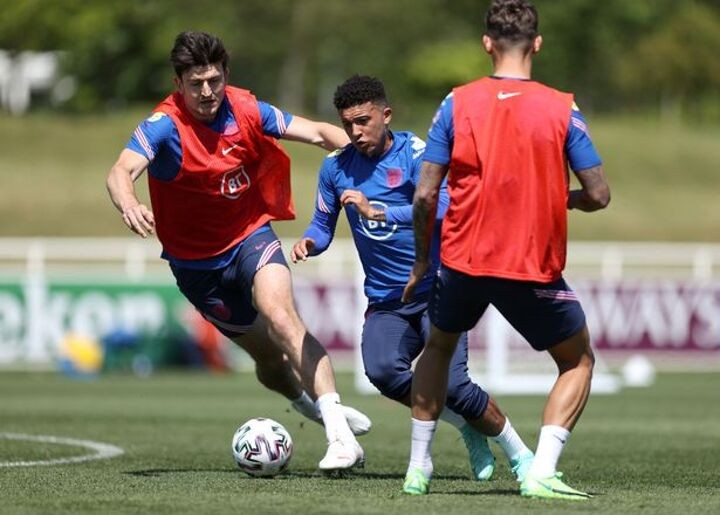 The 21-year-old England international has been a long-time target for Ole Gunnar Solskjaer, who is keen to add another dimension to his attack as he bids to go one better next season and lift league title no. 21.

Although the two clubs have been locked in negotiations over the course of the last 12 months, the wheels are now turning between the parties.

Sancho isn’t Solskjaer’s only English target this summer either, and Plan B for Sancho may well be being lined up if somehow the move falls through.

Manchester United are closing in on a £75m deal for Jadon Sancho.

The Red Devils have held further talks with Borussia Dortmund after their initial £67m offer was turned down and are now 'super confident' of a deal being done this summer.

The winger is currently part of the Three Lions’ Euro 2020 squad and could well be staying in England beyond the end of the tournament.

Sancho has a whopping 114 direct goal contributions in 137 games since leaving Manchester City ’s academy for Germany in 2017, taking the Bundesliga by storm.

Deal still on for Dembele

Manchester United could rekindle their interest in Barcelona's Ousmane Dembele according to  Mundo Deportivo  via  Sport Witness .

The Spanish outlet's report claims the Red Devils 'already wanted him last season' and that Dembele turned down a loan move late in the day last term.

The Catalonian club are concerned they may lose the injury-prone winger on free as his contract expires next summer.

The 24-year-old has failed to live up to expectations since Barca bought him from Borussia Dortmund for just under £100m in 2017.

A deal for Sancho would no-doubt significantly decrease this move’s chances but a Plan B is only sensible at this stage, especially given the Frenchman prefers to operate on the right flank.

Telles out, Trippier in?

Finally, Alex Telles could reportedly be sold after less than 12 months at the club in order to raise funds to bring in Kieran Trippier.

Atletico Madrid’s English right-back has been subject to interest from United, with a £10m rumoured to have been submitted last week.

Unsurprisingly, it was rejected, as Diego Simeone wants to keep the former Burnley and Tottenham Hotspur man at the Wanda Metropolitano, while Los Colchoneros value him at around £40.

Multiple reports suggest Telles could be sold in order to meet the La Liga title holders’ asking price, with the Brazilian failing to nail down a starting place after Luke Shaw deservedly became Solskjaer’s first-choice left-back during the last campaign.

Trippier’s capacity to play on both sides of the defence could make him adequate cover in place of Telles, and the 30-year-old even got the nod at left-back over Shaw last Sunday for England.