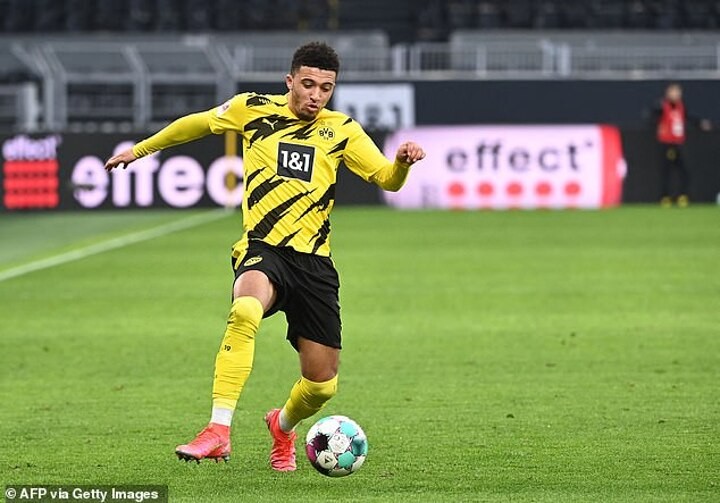 Borussia Dortmund's preparations for their Champions League clash against Manchester City have been bolstered by the sighting of Jadon Sancho back at training.

The England international has been out of action for a month due to a muscle injury but underwent an individual session at the club's Brackel training centre on Sunday.

The German giants trail City 2-1 from the quarter-final first leg on April 6 and will be hoping to overturn that deficit on Wednesday night.

They have recently downplayed Sancho's fitness beforehand but their star winger looked good as he underwent some ball skills following warm-weather recuperation in Dubai.

Releasing a video of the 21-year-old training on Sunday, Dortmund tweeted: 'Hey, Mr. Sancho! Jadon Sancho returned to training to complete an individual session this morning.'

Dortmund's No 7 has not played for the Bundesliga side since their German Cup quarter-final win over Borussia Monchengladbach on March 2.

The 21-year-old missed the 2-1 defeat by City in the first leg last week and was also unavailable for England's 2022 World Cup qualifiers against San Marino, Albania and Poland during the international break.

Sancho, a product of City's academy, rejected a new contract at the Premier League club when he was 17 to join Dortmund in 2017.

He has racked up 12 goals and 16 assists in all competitions following his total of 20 of each last season.