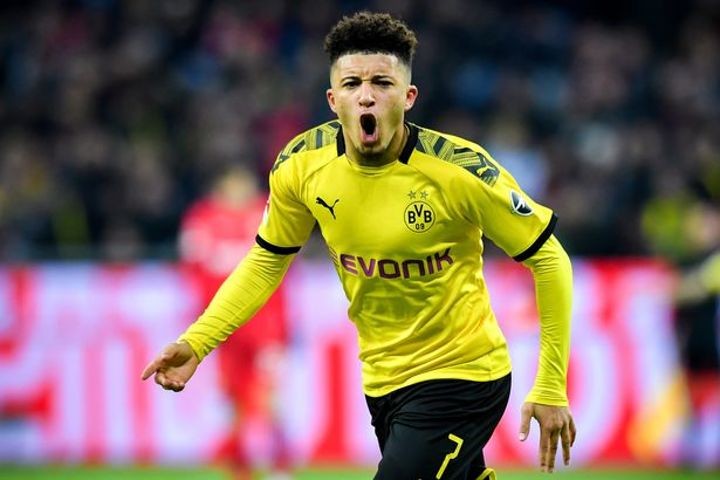 Jadon Sancho's possible move to the Premier League is a step closer after Borussia Dortmund started talks over his potential replacement.

The England winger has Chelsea and Manchester United leading the chase for his services.

And Dortmund last week admitted they were finally ready to let their £120million-rated prize asset leave for England.

But they warned the 20-year-old’s suitors that they are going to have to break the bank to
land him.

The German club have since begun negotiations for highly-rated Valencia right winger Ferran.

Torres, 20, has been hugely impressive in La Liga and had been tipped to be called up by coach Luis Enrique for his first Spain cap before the coronavirus outbreak forced a halt.

Admitting defeat last week in their efforts to keep Sancho, Dortmund chief executive Hans-Joachim Watzke said: “You always have to respect what the player wants.

“We already said before corona that our preference is for Jadon to remain with us.

“I can say clearly that even the very rich clubs, despite the current crisis, shouldn’t think they can get a bargain from us.

“We don’t have to sell anyone below their value.”

Sancho quit Manchester City for Dortmund in 2017 in a deal worth £8m.

His value has since rocketed after a string of eye-catching displays for club and country that have made him Europe’s most sought-after young
player.

Although the Coronavirus crisis has wrecked the season across the European leagues, discussions over Sancho’s future have continued to take place.

Liverpool, Barcelona and Real Madrid are also keen on him, along with Juventus, and there is as yet no clear favourite in the battle for his signature.