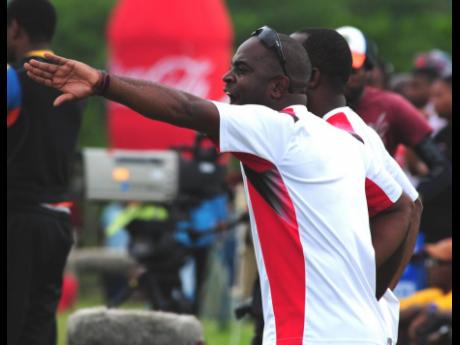 The Jamaican Football Federation has named Merron Gordon as the coach to lead the Reggae Boyz in the upcoming friendly against Ghana this month.

Gordon, who previously managed the Reggae Girlz, will also take charge of the team for the matches against Morocco and Qatar at a four nation tournament in Austria.

Jamaica will test their might against the three World Cup-bound nations as talks with London-based Paul Hall opens for a permanent role.

Meanwhile, Merron Gordon, whose time in charge of the Reggae Girlz saw him go unbeaten in 2019 will try to convince the Jamaican Football Federation in Austria.

Gordon will not have the luxury of his foreign based players like Leon Bailey and Michael Antonio due the tournament being played out of a FIFA date.

The tournament will be held at the Ernst-Happel-Stadion in Austria.

World Cup hosts Qatar, North Africans Morocco and the Raggae Boyz of Jamaica will participate in the preparatory games.

The Black Stars will engage Jamaica first before playing Qatar and Morocco.

The games will serve as preparations ahead of the 2022 FIFA World Cup, with September's AFCON qualifiers expected postponed.

The West African giants are returning to the World Cup after edging out Nigeria to qualify for the tournament in Qatar this November.