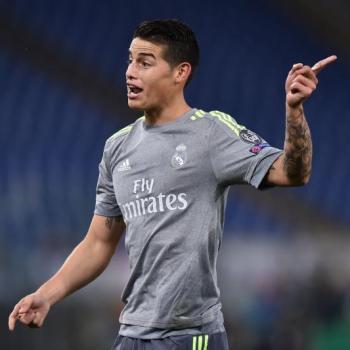 Real Madrid playmaker James Rodriguez has been fined €10,400 by Spanish authorities for his role in a police chase.

The 24-year-old was caught speeding on New Years day as he made his way to training, however he refused to stop for police as he said he 'feared kidnapping'. Incidents such as kidnapping are not uncommon in his native Columbia and he said he did not hear the police sirens as music in his car had been too loud.

Rodriguez has 15 days to appeal the charge and is currently awaiting the fine for speeding, which has yet to be announced.