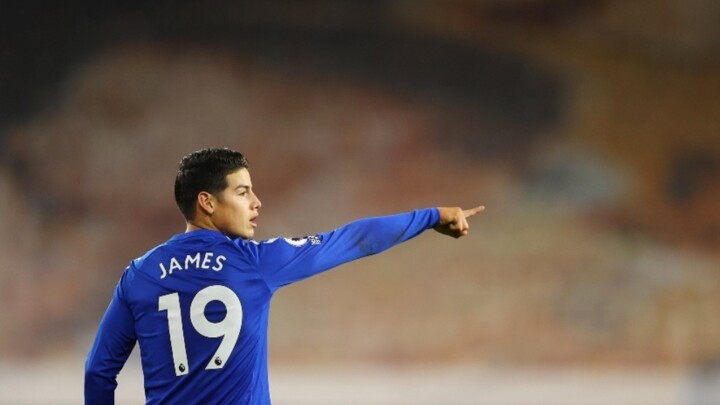 James Rodriguez was the star of the show once again for Everton in their recent FA Cup win over Sheffield Wednesday, providing two assists with his magic wand of a left foot.

Although his inconsistency has always been his biggest challenge, but Rodriguez is now showing just why the likes of Real Madrid and Bayern Munich tried their utmost to get the best out of him.

Now injury-free and able to string consecutive matches together, many are wondering whether he is the best left-footed player in the Premier League, although there is plenty of competition.

Without a doubt, one of the best left-footers in the Premier League, but with different characteristics to Rodriguez.

The Liverpool man is more of a finisher, a player who can unbalance defences with his speed and ability than pick out killer balls.

The Manchester City midfielder has phenomenal dribbling qualities in tight spaces and is also a strong team player, but doesn't quite have as much accuracy with the final ball as James does.

Manchester City's wonderkid has agility, dribbling and an eye for goal too. While it is too soon to compare him with the likes of Rodriguez, given his tender age of 20, he has the potential to be world class.

The former Hull City player has had a meteoric rise in the last few years under Jurgen Klopp, becoming one of the best full-backs in the world.

He races up and down the touchline and provides countless assists for his side. However, on the technical side, he is not in the same bracket as the rest.

The Welshman has a spectacular foot as he has demonstrated over the years with Spurs, Wales and Real Madrid.

On his day, he is up there with just about anyone in world football, but injuries and inconsistency mean that his name is no longer mentioned in the same breath as the elite of the game.

Like James, Ziyech arrived in the Premier League last summer but has not really got going for Chelsea just yet.

A sweet left foot, a tidy dribbler and superb in one-on-one situations, but doesn't have the same passing range as the Colombian.

Other notable mentions are the likes of Riyad Mahrez, Lucas Digne and Kai Havertz but, for now, Rodriguez appears to be leading the battle of the left footed stars in England's top division.