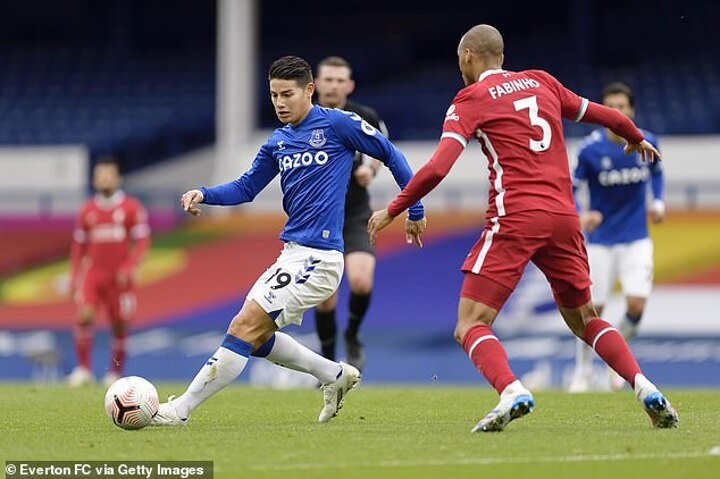 The Colombian attacker who joined the blue half of Merseyside during the summer on a free transfer, has enjoyed a fine start to the season after scoring three goals in five matches.

Madrid's hierarchy however have 'shown their disappointment' towards the club's management concerning their handling of the 29-year-old, according to Saturday's edition of AS.

Gareth Bale, Dani Ceballos and Sergio Reguilon are other players that Madrid manager Zinedine Zidane has deemed not good enough when conceivably all three could have been great assets to his squad.

Rodriguez is at the hub of Everton's fantastic start to the season and the decision to allow him to leave may come back to haunt the Spanish champions if they fail to meet their objectives this season.

He first came to prominence during the 2014 World Cup with some outstanding performances during Colombia's run to the quarter finals, leading to the playmaker being named on the shortlist for the prestigious Golden Ball, while he was the tournament's top scorer.

The former Monaco star did win the Puskas Award, with his memorable volley against Uruguay in the first knockout round declared the best goal scored in world football that year.

Everton are still unbeaten and sit atop the Premier League table having battled to a 2-2 draw with Liverpool in Saturday's Merseyside derby.

Rodriguez's corner was headed home by Michael Keane for Everton's first equaliser, taking his assists tally up to three for the season.

Next up for the league leaders will be a trip to Southampton, however they will be without Brazilian star Richarlison after he was sent off in the latter stages of the derby.

Referee Michael Oliver showed no hesitation after the winger committed a reckless foul on Thiago Alcantara.