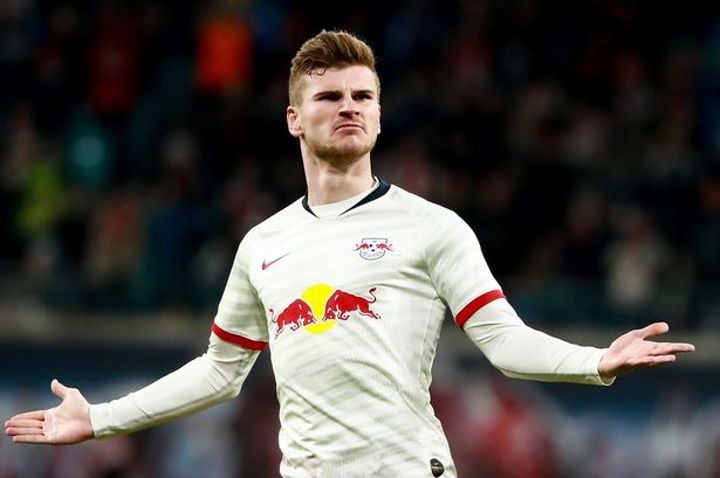 Jamie Redknapp said Timo Werner could make his former club Liverpool regret their decision not to sign him this summer.

Jurgen Klopp's Reds were widely expected to sign Werner this summer, but the RB Leipzig star now looks set to join Chelsea after the Stamford Bridge side triggered his £50million release clause.

Liverpool opted not to swoop for the 24-year-old Germany international, with finances tight due to the impact of the coronavirus pandemic.

Redknapp admitted his former club had to weigh up whether bringing in the forward would upset the balance of the team, with Sadio Mane, Mohamed Salah and Roberto Firmino having become arguably the most feared front lines in world football.

But with Chelsea now building an awe-inspiring attack of their own, the ex-England midfielder said Liverpool could end up regretting their decision to pull out of the Werner race.

"At Liverpool, who is he going to replace?" Redknapp told Football London.

"He's a really good player, but we don’t know right now, is he better than Mane, Firmino, Salah?

“It’s one of the best front three in the world right now so he doesn’t want to go somewhere and be a number two or a sub."

"He has got to make Liverpool regret that decision, or at least make them think ‘I wish we had signed him.’

“For Liverpool they have got to look it and think, if you bring someone like him in it could upset the balance of them and maybe they might think, ‘would it be worth the risk to bring in another player'."

Redknapp said the in-demand striker's decision to choose Chelsea spoke volumes about the project Frank Lampard is building at Chelsea.

“They have got Ziyech as well and he looks like a really good signing as well. Frank is building a really good, young side.

“He will probably look at that Chelsea front line, with Willian and Pedro out of contract this summer, and think that he can be a regular in that team.

“Tammy [Abraham] has done well up front, but he [Werner] can play in any of the three front positions.

"I think it just shows that they are doing good things at Chelsea. Frank has done a great job, especially if they get top four.

“If the deal is done without knowing that Chelsea are going to be in the Champions League, then it shows you that he was very impressed with what Frank and Chelsea are doing right now."