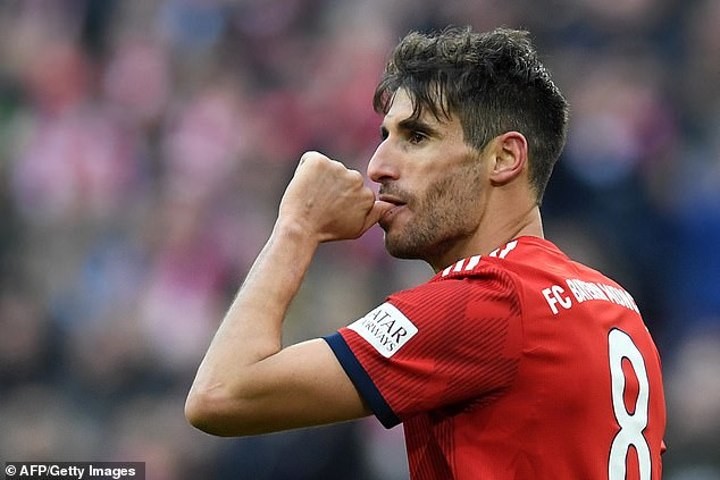 Javi Martinez has revealed that he is open to returning to Athletic Bilbao when he leaves Bayern Munich.

Martinez, who can play at centre-back or in midfield, has just over a year remaining on his contract at the Allianz Arena.

The former Spain international admitted that a return to Bilbao, for whom he played between 2006 and 2012, is a possibility.

As reported by Marca, Martinez said: 'My contract ends in 2021, and I will sit down with the club and talk, but anything is possible.

'I do not rule out anything, including playing in Australia, the US or returning to Spain.

'I had six incredible years in Bilbao, and the option (to return) is definitely there.'

This season has been a frustrating one for Martinez, who has been restricted to just 13 Bundesliga appearances, with injuries not helping his cause.

Despite the vast experience that he possesses, Martinez is no longer a regular starter for Bayern and at this stage it appears unlikely that he will be offered a new contract by the German club.

During his time at Bayern Martinez has enjoyed much success, winning the Champions League, seven Bundesliga titles and four DFB-Pokals.

While at Athletic Bilbao, Martinez helped the club to reach the final of the Europa League in 2012, where they were beaten by Atletico Madrid.