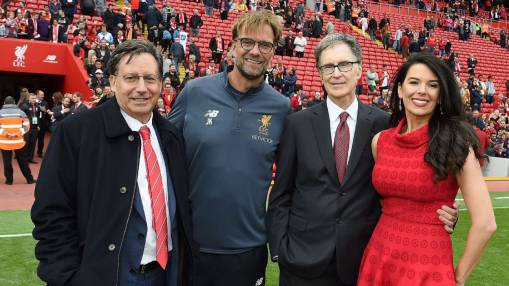 Anachronisms are forever getting younger. Javier "Chicharito" Hernandez is only 29, but when he returns to Manchester United for the first time on Sunday, he will be a youthful throwback, a man redolent of an earlier age at Old Trafford.

West Ham's striking signing was very much a United player of his period, the late-era Sir Alex Ferguson years. He joined as recently as 2010, but United neither sign £6.9 million forwards any more -- that is only enough to buy 10.9 percent of Romelu Lukaku -- nor buy them from Guadalajara. Hernandez came at a point when United revelled in the comparative obscurity of their arrivals. Then they eschewed those billed as A-listers or those who came with a commensurate cost. Now they have revelled in the notion of the transfer market offering a form of show business.

They include a faded Galactico in Owen, a talent who became one of the world's best goalkeepers in De Gea, a catalyst for title glory in Van Persie, an adaptable survivor in Valencia and a sprinkling of other fine performers. They also include understudies and oddballs, men who were miscast United players and are now found at Empoli (Veseli), Eibar (Bebe), Wigan (Powell), Vitesse Arnhem (Buttner), Levski Sofia (Obertan), Dinamo Zagreb (Henriquez) and Preston North End (Vermijl). Or, indeed, one whose last club was Preston (Lindegaard).

They were over-promoted, but Hernandez sped to the top. He arrived as a player with pedigree, soon to accelerate to greater prominence at the 2010 World Cup, and had considerable commercial appeal in the Mexican diaspora, but he was not a logical choice for a club that had been in two of the previous three Champions League finals. He legitimised the left-field move. It is hard to imagine the modern United overlooking more established scorers to prioritise the emerging Hernandez. By way of comparison, their past 20 buys include some of the game's rich and famous: Lukaku, Zlatan Ibrahimovic, Paul Pogba, Bastian Schweinsteiger and Angel Di Maria, backed up by other expensive arrivals. There is barely a Hernandez-style signing among them.

Javier Hernandez was the epitome of a super-sub for United, often rescuing games from the bench late on.

Nor is there a Hernandez-style player amongst them. He can look a relic of the days when United played 4-4-2, and it was easier to accommodate a goal-hanger. Yet it was also the time of mix-and-match striking combinations, when, before Van Persie's arrival, he was competing with Dimitar Berbatov and Danny Welbeck when Ferguson had four forwards and could perm among them. It was far more fluid than the recent rigid pecking orders, topped by first Ibrahimovic and then Lukaku. Lower-profile figures did not get the same guarantee of primacy; perhaps United was more of a meritocracy then. But Hernandez reflected another United tradition that has been abandoned: the unassuming striking super-sub. He was the second Ole Gunnar Solskjaer, but there has not been a new Hernandez.

Like the Norwegian, he was an indication that United could make stars. Now, with the exception of Marcus Rashford, they buy them. He arrived a year after United sold an icon in Ronaldo and did not seek to replace him with another. The club was not a star vehicle. Ferguson's belief that the manager was the most important person at Old Trafford might have been self-serving, but it was reflected in the transfer strategy. Yet as long as he postponed retirement, United retained an aura and a winning mentality, no matter who wore the shirt. Now new signings are called upon to propel United forwards and bring a trophy-winning pedigree, rather than vice versa.

The ultimate verdict has to be that Ferguson's later additions, though not Hernandez, left United short of quality in many positions. The Ferguson formula worked only with Ferguson. Hernandez became an emblematic figure again, a definitive late-period Ferguson player whose fate was telling. He was loaned to Real Madrid in the confusion of Louis van Gaal's first clearout and sold to Bayer Leverkusen in the second. Like Michael Keane, he was one of those who should not have been allowed to leave, who went for a cut-price fee and whose exit United might regret. A man who was younger than Van Persie and Wayne Rooney has outlasted each as a goal-scoring force.

United could have benefited from his capacity to gate-crash games and poach late winners when they drew 10 matches at Old Trafford last season. But while it has been only 23 months since they sold Hernandez, he feels like a figure from a distant time.