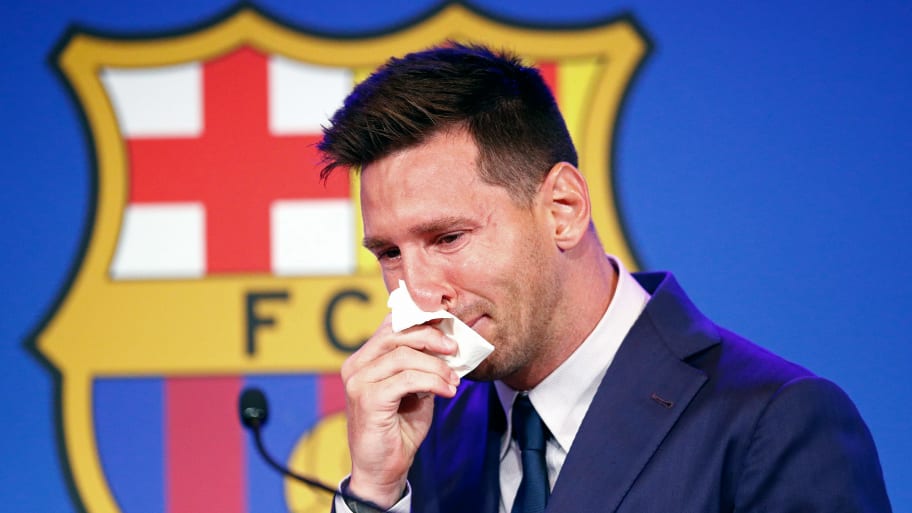 La Liga president Javier Tebas has sensationally revealed that Barcelona could have kept hold of club legend Lionel Messi this summer, had they not signed the likes of Memphis Depay and Sergio Aguero.

The 34-year-old was forced to leave Camp Nou with the club unable to renew his contract for the 2021/22 season, after their financial mismanagement resulted in a strict salary cap being imposed by La Liga.

Barça were then offered the chance by La Liga to sell 10% of its business to CVC Capital Partners, but Laporta rejected the proposal, stating that it would have mortgaged off the club's future.

That deal would likely have allowed them to re-sign Messi, but La Liga president Tebas has suggested to COPE that Barça could have renewed the Argentine's contract anyway - had Laporta not signed Aguero and Depay in the summer transfer window.

"I had dinner at Laporta's house and he agreed to sign the CVC agreement," said Tebas.

"I didn't know if Messi could renew because of that, but later I got a call [from Laporta]. 'Can we accelerate the CVC deal? The kid [Messi] is getting nervous,' he said.

"I told him: 'The day it comes out, Florentino is going to try and burst it.' And Laporta told me: 'No, no, I have character.' Florentino's behind it all, I have no doubt.

Aguero and Depay, along with Manchester City defender Eric Garcia, arrived on free transfers in the summer transfer window. The club then faced a huge battle to register those stars for the new season, with legend Gerard Pique taking a pay cut to allow them to join the squad.


This article was originally published on 90min as Javier Tebas reveals Barcelona could have kept Lionel Messi .