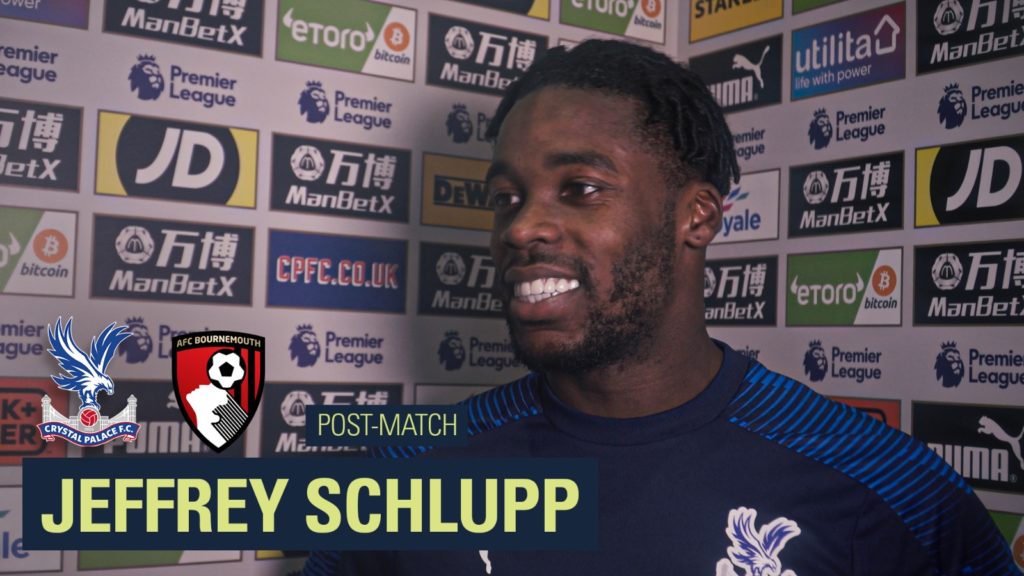 Ghana midfielder Jeffrey Schlupp has expressed delight in scoring the winner in Crystal Palace's 1-0 victory over AFC Bournemouth in the EPL on Tuesday night.

The midfielder climbed off the bench to score the only goal for the Eagles as they made it two wins from their last two games.

Schlupp was also on target in his side's 2-0 win at the weekend against Burnley.

"I’m really happy getting another [goal] and it’s extra special for the team to get back-to-back wins in the Premier League," he said in a post match interview.

"There’s nothing like Selhurst under the lights and they [the fans] are so great supporting us. We want to repay them with victories - especially at home - and I'm glad we did that today," he added.

The win sends Palace fifth on the Premier League table, which leaves Schlupp and his teammates motivated to go for more wins as the season progresses.

"We had a rough patch before but speaking with the gaffer and everyone else, we actually thought we’d played well in those games," says the 26-year old.

"We got unlucky in some of those and playing top teams, you need some luck to get some points. We started the month off well and we hope to continue that."