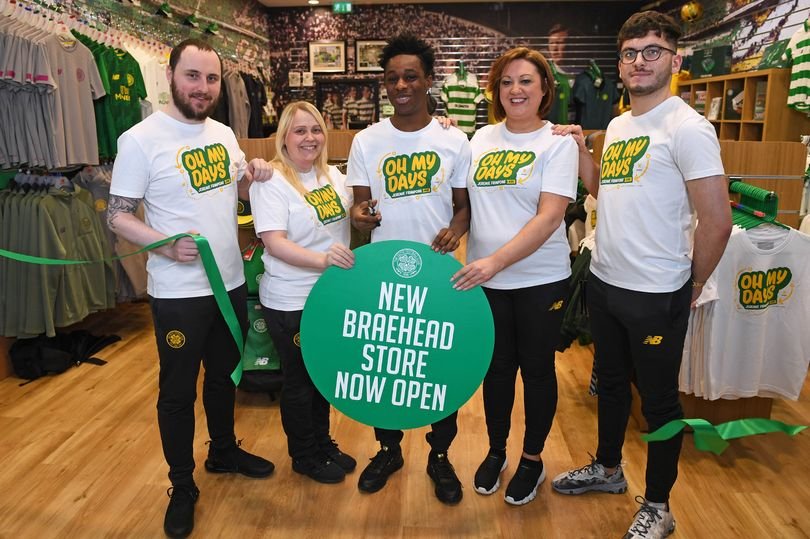 Celtic youngster Jeremie Frimpong donned a t-shirt with his famous saying 'oh my days' catchphrase on it.

The young defender cut the ribbon for the new club store in Braehead and did so alongside four staff members with all of them also wearing the t-shirt.

The 19-year-old's saying went viral after the Betfred Cup Final as he gave an interview following the 1-0 win over Rangers FC.

Frimpong was sent off in the final after fouling Alfredo Morelos but the Rangers striker then missed the penalty.

The Hoops held on to their win to clinch their 10th domestic trophy on the trot making Frimpong more happier.

The 19-year-old feared he had cost his side but his excellent performances ensured Celtic supporters love him.

In December, he spoke about receiving a plethora of gifts after the interview with the catchphrase on it.

"With the catchphrase, last week I got sent a cup, a phone case and a t-shirt saying ‘Oh my days’ on it! he said.

"That’s just how I speak. Everyone who knows me is aware of that but it’s just become a thing.

“A fan messaged me online and asked where he could send the stuff so it arrived at the training ground."