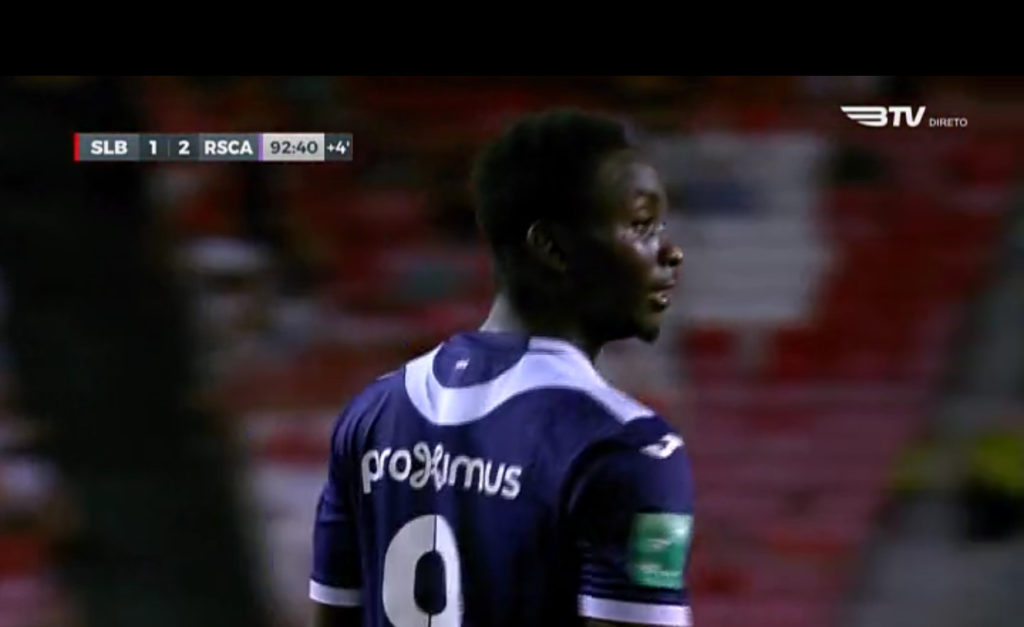 Youngster Jeremy Doku scored while Dauda Mohammed made a brief appearance for RSC Anderlecht as they defeated SL Benfica 2-1 in a pre-season friendly encounter on Wednesday evening.

Anderlecht have been playing well in the off-season games after collecting two wins in three matches.

The Purple and Whits begun their pre-season campaign with a 1-0 victory over lower-tier side RWD Molenbeek before tasting 1-0 defeat against Ukrainian side Oleksandriya in the second game.

But they went into the match against Benfica at the iconic Estadio da Luz with bags full of confidence after thumping another Belgian lower division outfit Oudenaarde 6-0.

Vincent Kompany’s men dominated the opening period before taking the initiative in the 35th minute through Belgian-born of Ghanaian descent Jeremy Doku.

SL Benfica returned from recess more determined as they piled pressure on their opponents but failed to make it count on the scoresheet.

The Portuguese side’s incessant attacking play yielded result as substitute Chiquinho grabbed a goal back but it turned out to a consolation as Anderlecht held on to silence the vociferous fans home fans.

Dauda Mohammed was introduced in the 74th minute and had a chance to register his name on the scoresheet but his low shot went just off wide.

Dauda will be hoping to impress coach Kompany during the pre-season training in order to fight for his position at the club in the upcoming season.

He spent the second half of last season on loan at Dutch side Vitesse Arnhem, scoring three goals and tallying one assist.

Doku meanwhile, has been assured of playing for the first team, and the performance he put up against Benfica could aid him in having plenty minutes under his belt in the coming campaign.