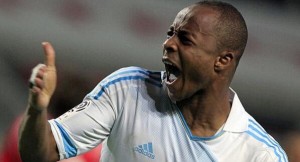 Perhaps ArsÃ¨ne Wenger was just making excuses for the perceived under-performance of his Â£42m World Cup-winning midfielder when he tried to place Mesut Ã–zil in the context of the modern game the other day. Or maybe he really believed what he was saying. â€œYou cannot put responsibility on one player to be a magician,â€ he claimed. â€œThat does not exist any more in the modern game.â€

A cynic would say that Wenger has spent the past nine years, trophyless until Mayâ€™s scratchy FA Cup victory over Hull City, trying to prove his point by fielding a team devoid of magicians. What he succeeded in demonstrating was that without a Dennis Bergkamp or a Thierry Henry, all the teamwork in the world can lead nowhere.

Wengerâ€™s vision of the â€œmodern gameâ€ seemed to strike at the heart of an enduring belief that football is as much about individuals as teams. Why else would the genius of a Tom Finney or an Alfredo Di StÃ©fano, a George Best or a Diego Maradona, give such pleasure to fans owing no allegiance to the clubs or nations those players represented?

A club manager â€“ and Wenger is as blinkered as any in this respect â€“ cannot be expected to take the wider view. But football is about much more than tribal loyalty. It is also about the enjoyment of individual brilliance made manifest in a moment of extreme skill or uncanny perceptiveness, those moments at which we are tempted to discuss the sport in terms of art.

There was a perfect example this summer at the World Cup when James RodrÃ­guez, his back to goal, took a headed pass on his chest, swivelled and hooked a 25-yard volley into the Uruguayan net with a simple elegance that made a piece of high skill look effortless. It turned Colombiaâ€™s No10 into an international star overnight, even though a previous goal, the shimmy and chip in the last minute of the group match against Japan, had been just as exceptional and pleasing to the eye, if less obviously spectacular.

A manager, however, is more likely to be sent into raptures by a goal that demonstrates the effect of coaching on team play. It is hard to imagine there will be much that gives JosÃ© Mourinho greater pleasure this year than the move that gave Chelsea a 1-1 draw with Manchester City. Involving six members of the team, it took 18 seconds from CÃ©sar Azpilicuetaâ€™s headed clearance deep inside his own penalty area to AndrÃ© SchÃ¼rrleâ€™s shot, featuring not just a cunningly-shaped 70-yard scamper by the scorer to meet Eden Hazardâ€™s perfect square ball on the edge of Cityâ€™s six-yard box, but one of the passes of the season earlier in the move when Hazard, wide on the right, turned back inside his marker to hit the curving crossfield ball that triggered the final phase of a classic counterattack.

That pass was hit with the Belgianâ€™s left foot. The cross was delivered, 10 seconds later and 50 yards further up the pitch, with his right. In real time such details could not be fully appreciated, but they make the goal a pleasure to watch over and over again, as a tribute to Mourinhoâ€™s obsession with drilling his players in the art of swift transition.

But was that sequence, with its astonishing blend of spontaneity and precision, as thrilling as the moment of outrageous individual opportunism in Parma two weekends ago when JÃ©rÃ©my MÃ©nezâ€™s strike for Milan gave the season one of the moments for which it will be remembered?

The last of Milanâ€™s goals in a 5-4 victory, it came after Parma had pulled back from 1-3 down to 3-4. They must have been feeling reasonably confident, given that Pippo Inzaghiâ€™s defence would continue to offer them chances. But when Stefan Ristovski got in a mix-up with his captain, Alessandro Lucarelli, on the right-hand side of the defence and played a tentative back-pass that left his goalkeeper, Antonio Mirante, unsure whether to stick or twist, Milanâ€™s France international nipped in to touch the ball past the keeper and chase it as it rolled across the face of the goal, a yard and a half from the line.

It was what MÃ©nez did when he reached it that had the spectators gasping in disbelief. Still running at full speed, and with Mirante and a couple of defenders closing on him, he managed to execute a sharp right-footed backheel that angled the ball outside his own left leg and inside the right-hand post.

â€œA great player is someone who makes his team win,â€ Wenger said earlier in his time at Arsenal. â€œAnything else is just talk.â€ MÃ©nez had struck the decisive blow from which his teamâ€™s opponents could not recover. He had also given a rather depressed Serie A, and the world of football as a whole, something to cherish.

Then on Tuesday, after an hour of a match in Franceâ€™s first division, with the visitors, Marseille, leading Stade de Reims by three goals on the way to a 5-0 victory, AndrÃ© Ayew, the Ghana forward, scored his second of the night with another flash of brilliance. A cross-shot from Florian Thauvin, Marseilleâ€™s right-winger, came back off the hand of Johnny Placide, the home sideâ€™s Haiti goalkeeper, and into the path of Ayew, who wrapped his left foot around the back of his right leg to prod the loose ball past the keeperâ€™s dive from six yards out.

It was only in replays that the meaning of Ayewâ€™s moment of virtuosity became apparent. Not only is his left foot the stronger of the two, but in the split second available to him a shot with his right foot would probably have hit the goalkeeper. He had found a practical solution that happens to possess a balletic beauty: a trick known as the rabona, first used to score a goal, so it is said, by the Estudiantes forward Beto Infante â€“ with the right foot, in his case â€“ in an Argentinian league match against Rosario Central in 1948.

Football is a permanent battle between inspiration and functionality, and the game could not do without its exponents of the more basic arts. The likes of Tommy Smith, Dunga and Javier Mascherano will never go short of unstinted veneration from the fans of teams for whose goalscorers they have provided a solid platform. But the moments that stick in the collective memory are produced by the magicians: a Puskas drag-back, a George Best feint-and-dart, or a Van Basten volley. And now, even in the modern game, a MÃ©nez backheel and an Ayew rabona.