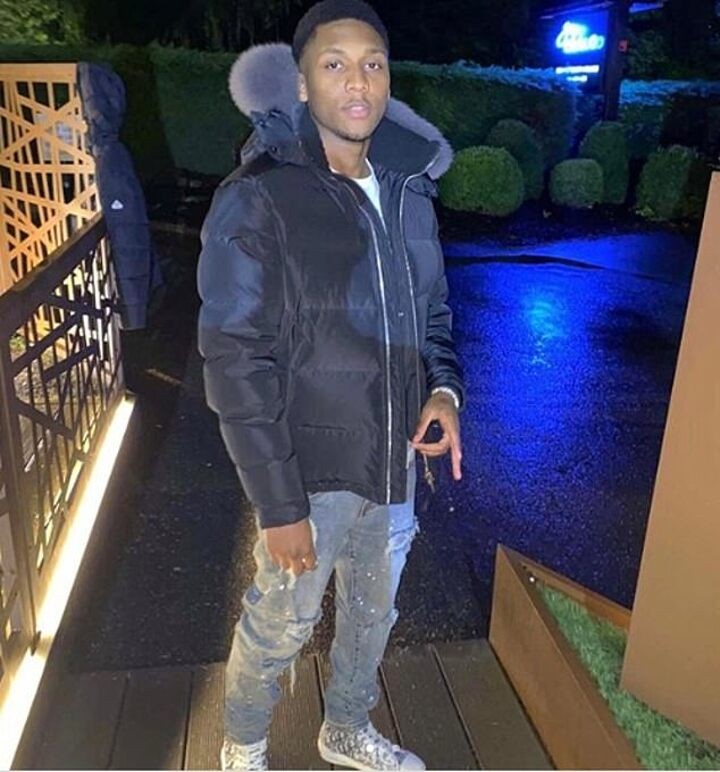 Raheem Sterling and Aymeric Laporte have offered their support after Manchester City paid tribute to former development squad player Jeremy Wisten after his tragic death at the age of 17.

Malawi-born defender Wisten moved to the UK with his family as a child and had played for City's elite youth squads after joining in 2016.

A club statement said: 'The Manchester City family are saddened to learn of the passing of former Academy player Jeremy Wisten.

We send our deepest condolences to his friends and family. Our thoughts are with you at this difficult time.'

Top scorer Sterling offered prayers as he responded to the announcement on Twitter.

Cole Palmer, an 18-year-old City midfielder who was a teammate of Wisten before he left the club, shared a video of the pair enjoying a night out and posing for a photo with friends.

The teenager added on Instagram: 'You will be forever missed.

19-year-old midfielder Tommy Doyle, who made his Premier League debut in July, wrote on his platform: 'So sad. RIP, my brother.'

The pair also shared details of a fundraising campaign that appeared to have been set up by Wisten's girlfriend to support his family.