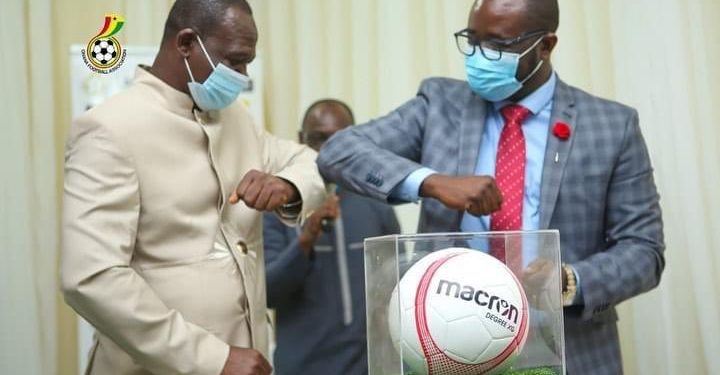 I humbly submit that, that sad story may well be changing to one that clubs may boast of balls in abundance yet the brouhaha over…

I initially decided not to run commentaries on the Ghana Football Association (GFA)’s announcement of deal to have Macron balls supplied for three years becasue I could not wrap my head around some issues on the sponsorship.

Thus, I kept to my position of silence until last Saturday when an Executive Council member of the GFA, Frederick Acheampong, in shedding light on the sponsorship, suggested on Nhyira FM that, they may have communicated wrongly in saying that their deal is with Macron Ghana.

Probing journalists established that there is no company as Marcon Ghana. Macron Italy has no formal ties with Macron Ghana too.

Frederick Acheampong would later suggest that, there could have been a mistake in the GFA’s communication, which stated that the deal is with Macron Ghana.

That veiled admission of error in communication creates a complication if one wants to accept his earlier explanation that, Macron Ghana exists and is a subsidiary of Koreen Galaga Enterprise. That, the GFA’s tweet announcing the deal with Macron Ghana was deleted with the explanation that, the tweet was a mistake compounds the confusion.

If Marcon Ghana exists and is run by Koreen Galaga Enterpirse, why would that tweet be deleted? Why would Frederick Acheampong also say there could have been a mistake in announcing that the deal is with Macron Ghana if Macron Ghana actually exists?

We are all susceptible to mistakes but “mistakes” by the GFA in announcing sponsorship deals cannot be taken without question. The GFA, unfortunately has had an impaired image in recent years which the current administration is trying to repair.

With that impaired image, mistakes in contract announcement, no matter how negligible, will raise questions which will birth suspicions – either warranted or unwarranted. A deal valued at GH¢1.6million to give footballs to clubs for three years is good. Clubs should be happy. As the GFA President, Kurt Okraku puts it:

“The story of insufficient footballs for an industry that charts its successes to the usage of these balls is indeed a sad story.

However, to Kurt Okraku and the GFA, I humbly submit that, that sad story may well be changing to one that clubs may boast of balls in abundance yet the brouhaha over which company the GFA signed the sponsorship deal with, coupled with the admissions of mistakes in GFA’s communication, really, put the GFA in bad light. It does not cast a good image for the association.