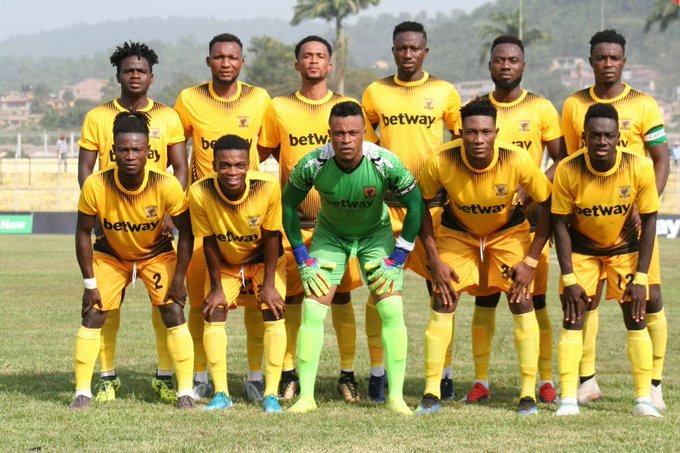 “We are of the view that the Disciplinary Committee was right in imposing sanctions…In the circumstance, we dismiss the appeal filed by Ashantigold…” – GFA Appeals Committee, July 13, 2022.

We’ve to strengthen the hands of the Ghana Football Association (GFA)’s Disciplinary Committee and the other judicial bodies of the GFA if we’re to cleanse our league football of things that have the tendency to hamper its growth.

Strengthening their hands means supporting them to ensure discipline, fairness and equality before the laws governing the game. That’s not to say we wouldn’t disagree with rulings of the GFA’s judiciary bodies. It also doesn’t mean we wouldn’t criticise the FA itself. What it means is that, where there’s reason to back the GFA, we’ll do it.

Discipline is important in every human endeavour and particularly in football and sports in the larger context, we can’t develop if we won’t commit to doing and insisting on the right things. No football association, no football league, no group of clubs anywhere have thrived in this business with misconduct, unethical behaviour or crime.

It’s why we must back the GFA when it treads on paths that lead to ridding our game of activities that would ruin it. It’s why the officers of the GFA must themselves be fair and professional in the discharge of their duties. It’s why I’ve backed the sanctions against Ashantigold and others although I didn’t like the fact that the Obuasi club stayed well beyond the announcement of their demotion to the Division Two League.

I’ve applaud the ruling of the Appeals Committee which upheld the Disciplinary Committee’s view that, the miners’ punishment of demotion for match fixing is fair. I’ve also liked the timing of the ruling.

It keeps the FA on track relative to its programme for the 2022/23 season. Ghana football has since 2018 suffered too much over corruption allegations and we must be interested in purging our game’s soiled image.

GFA President, Kurt Okraku and his team must not look back in enhancing our game’s reputation. It’s natural for us to feel bad that a club of Ashantigold’s stature have been thrown out of the Ghana Premier League to the third tier of our league football. The bitter truth, however, is that, we didn’t wish this fate for them.

Rulings of the Disciplinary and Appeals Committees of the FA both underscored the irresponsibility of Ashantigold’s managers. You can’t trade the name and image of your club and that of Ghana football for pittance, fail to own up to your grave carelessness and expect to be left off the hook in the face of evidence you couldn’t contradict.

The misjudgment of Ashantigold’s leadership brought them this shameful fate. You would only understand the magnitude of the disgrace Ashantigold’s present leaders have caused the club and its people if you saw the then Goldfields of the 1990s. Now that the GFA has the roadmap to replacing Ashantigold, I say sorry but goodbye.

Club admins must know what awaits them should they take the misguided leadership route those at Ashantigold took. Let’s always be mindful that despite our unwavering interest in Ghana football, if our conduct is that which dirties the sanctity of the game, we will suffer for it.