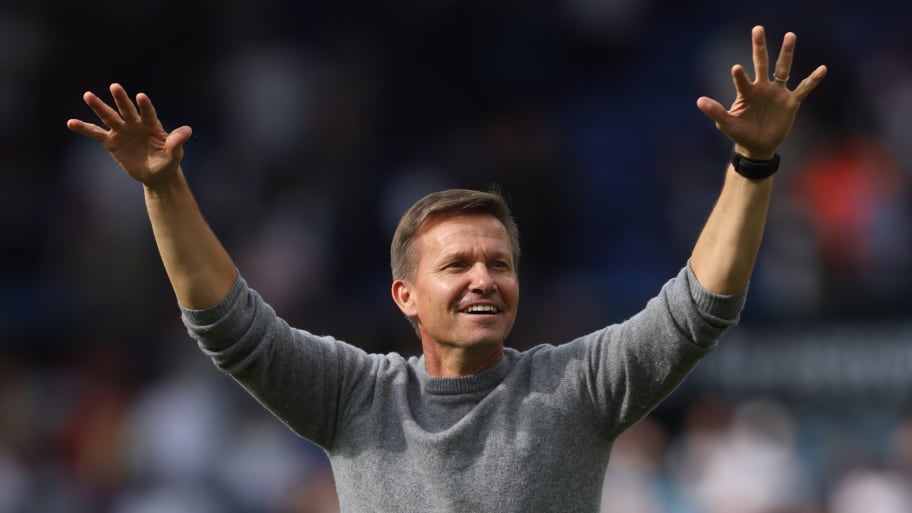 Leeds United manager Jesse Marsch says he's working with a 'special' group of players at Elland Road after his side's come-from-behind victory over Wolves on the opening weekend of the Premier League.

Marsch's side fell behind inside six minutes from a Daniel Podence strike, but they struck back midway through the first half via Rodrigo.

Wolves defender Rayan Ait-Nouri then turned Patrick Bamford's cross into his own net with 16 minutes remaining to complete the turnaround for Leeds.

And Marsch believes the result was testament to his side's character, dating back to the difficulties of last season.

"The reality is the work was embedded in the stress of last season," said the Leeds boss. "It was difficult to implement things the way that we wanted to.

"There is a lot of work to go to get to where I see us, but the work every day is amazing from the lads. They are a special group and the new guys have added to it."

The American handed debuts to four players, with Brenden Aaronson forcing the winning own goal, and the Leeds boss says he was pleased with their respective contributions.

"We talked a lot with the team about the level of the Premier League," added Marsch. "It's hard to mimic that in training.

"[Marc] Roca at Bayern Munich learnt the behaviours about what we like to do against the ball and his adaptation has gone smoothly.

"Aaronson's goal has been given as an own goal, but he was active all match.

"Rasmus [Kristensen] was unlucky on the goal. He defended well, ran hard and showed good decisions with the ball."

This article was originally published on 90min as Jesse Marsch hails 'special' Leeds group after comeback win against Wolves.